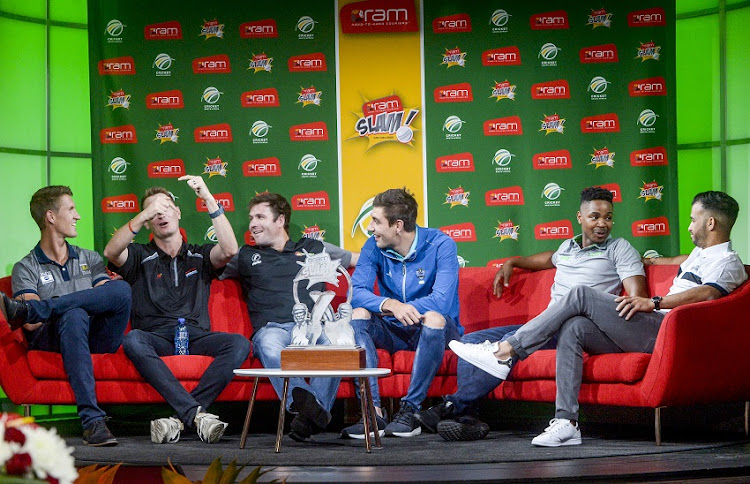 Remember cricket in this country? Meaningful‚ relevant cricket that is. The last evidence of the stuff was on October 12‚ 2016‚ the day South Africa completed a 5-0 thrashing of Australia in a one-day series.

Unless you count the two games Sri Lanka won in January to clinch a T20 rubber.

That’s not to disregard what South Africa have achieved at home in the past 14 months: played 25‚ won 23.

Their opponents haven’t been the best for the most part but there’s little South Africa could do about that besides beat them properly‚ which they’ve done.

Not that that helps the rest of us stay interested. Happily‚ then‚ the drought of meaningfulness and relevance ends at St George’s Park at 6pm on Friday.

The franchise T20 competition brings with it hope that South Africans can again watch‚ firsthand‚ cricket that matters — a statement sodden with irony but no less true for that.

How will just another domestic competition fill the void left by the stillborn T20 Global League (T20GL)?

By bringing together the long-separated worlds of domestic and international cricket. AB de Villiers‚ for instance‚ has played 232 T20s of all descriptions and for a range teams. But only 17 of them have been for the Titans‚ who haven’t had in their dugout in this format since August 2013.

There are several more where De Villiers comes from‚ and they are all worth watching.

What about the bad blood that is simmering between bumbling Cricket South Africa and the 144 players contracted for the T20GL?

The players‚ then‚ are well-represented and are likely to get at least some of what was promised them. Besides‚ they weren’t skint to begin with.

Since when has any T20 cricket mattered?

Since now‚ with the arrival of a tournament that has kept the wheat of quality players like South Africa’s national stars and discarded the chaff of the international brigade of T20 mercenaries — who are interested in little more than how much they will be paid.

Chris Gayle‚ who was to have played in the T20GL‚ is accused No. 1 among them. Not satisfied with‚ on Monday‚ winning his defamation case against an Australian newspaper group — which claimed he had exposed himself to a masseuse and propositioned her — Gayle on Friday put up for sale his side of what‚ he wrote on social media‚ “transpired in court and behind the scenes”.

Has the man no shame? Did he learn nothing from the furore that erupted in January last year after he put the moves on a reporter who was interviewing him live on television‚ ending his slimy pitch with a pathetic‚ “Don’t blush‚ baby.”?

Clearly not‚ and the franchise T20 tournament is much the better off the fewer ill-mannered‚ entitled oafs it harbours. Whether they are able to hit a cricket ball a long way is irrelevant.

What is relevant is that players who pull on a shirt on Friday and until the final on December 16 understand that they are part of real teams with real followings.

And that they are central to the happy accident that has come about because of the upending of the arrogance and greed of the few who thought a T20 extravaganza that would have been all-but identical to those in other countries‚ was what South Africans deserved.

They deserve better‚ and they’ve got it. It starts at St George’s Park at 6pm on Friday.