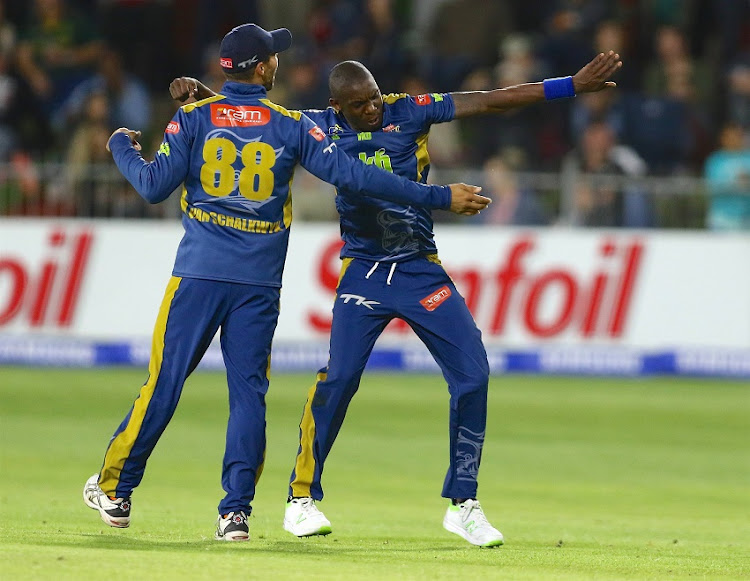 Theunis de Bruyn and David Miller rained on the Warriors’ parade as the Knights won the opening game of the RAM SLAM T20 Challenge by eight wickets at St George’s Park on Friday night.

Chasing 154 for victory, the Warriors struck a couple of early blows to have the visitors 15 for two in the fourth over. But captain Theunis de Bruyn (78 not out) and David Miller (62 not out) took their time and eventually launched the Warriors attack to all parts of the ground as they team eased home with 12 deliveries to spare.

They shared a franchise record, unbeaten stand of 142 for the third wicket.

In what was scripted to be a Warriors celebration of their new floodlights and scoreboard at the ground, De Bruyn and Miller took centrestage to put a dampener on their proceedings.

Coming off his recent 36-ball hundred against Bangladesh Miller was always going to be a dangerman. He survived a very good leg before wicket shout off the very first ball he faced bowled by Andrew Birch.

It looked a decision that could have gone either way but Miller got the rub of the green and promptly smacked the next ball through the covers for four.

He then flat-batted a free-hit off Aya Gqamane for six and that appeared to click him into high gear.

At the other end, and with the Knights eventually requiring 75 balls off 42 deliveries, De Bruyn took 22 off a Ackermann over to ease the pressure on the chase.

De Bruyn’s innings came off only 48 balls with six sixes and three fours while Miller was slightly slower with his knock taking 47 deliveries (7x4, 3x6).

The Knights won the toss and Theunis de Bruyn asked the Warriors to take first strike – a decision captains rarely took at St George’s Park with the old floodlights in place.

The Warriors innings a strange path filled with ups and downs.

Both fast bowlers were hauled off after two overs each and it proved an intuitive move by De Bruyn. Both of their replacements seamer Shadley van Schalkwyk and spinner Aubrey Swanepoel struck in their first overs.

Cloete was first to leave the scene as Van Schalkwyk had him caught in the deep for 19 with his first delivery. Swanepoel then got the big fish Smuts caught by Van Schalkwyk at a short mid-wicket for 18.

The good start was even further undone when Colin Ingram ran himself out without any addition to the total and the Warriors were 46 for three in the seventh over.

More drama was to follow in the shape of another soft dismissal when Coin Ackermann was caught off Van Schalkwyk, who then took his third wicket in bowling Jerry Nqolo.

The Warriors had spun out of control having lost five wickets for 30 runs and needed some stability which they found in a sixth partnership of 38 for the sixth wicket between Jonker and Solo Nqweni.

As more wickets tumbled after that for the Warriors to be at 113 for eight in 17 overs, Jonker remained measured.

Legspinner Eddie Leie bowled the next over and Jonker blasted him for 21 runs, including two sixes and two fours. The burst propelled the Warriors to a total their bowlers would at least have a decent chance of defending.Jonker’s face-saving innings came off only 38 balls and included four fours and four sixes.