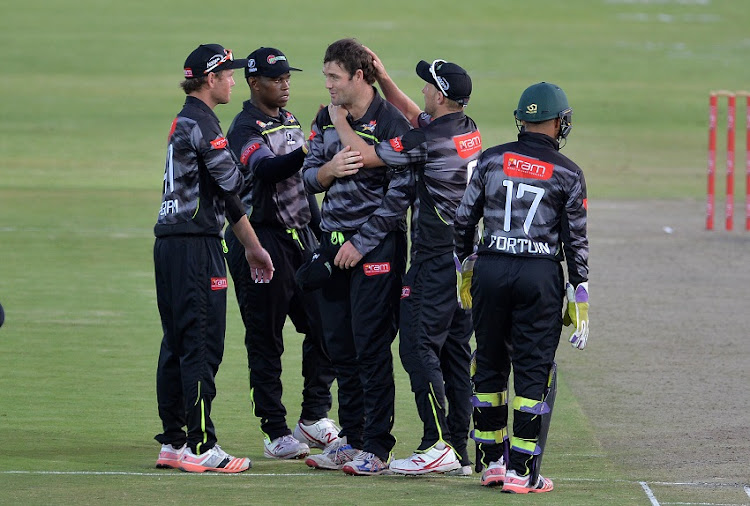 JJ Smuts of the Warriors celebrates with his teammates after taking the wicket of Andrew Puttick of the Cape Cobras during the 2015 RamSlam T20 Challenge cricket match between the Cape Cobras and the Warriors at Boland Park, Paarl, 6 November 2015.
Image: Chris Ricco/BackpagePix

In what can only be termed as an interesting turn of events‚ courier service company Ram Hand to Hand Couriers are back on board as the title sponsor of Cricket South Africa's Franchise T20 Challenge.

The company makes a return after a year's sabbatical after terminating their sponsorship following the 2015/16 edition that was engulfed in a match-fixing scandal.

The company pulled their sponsorship at the end of that season and a number of high profile players were suspended for their involvement in the match-fixing scandal.

Last season's T20 tournament was won by the Titans.

The Titans were also the last team to win the tournament while it had a title sponsor.

The 2017/18 edition starts on Friday with the Warriors hosting the Knights in Port Elizabeth.

The tournament replaces the now-postponed T20 Global League‚ which would have started last week Friday.