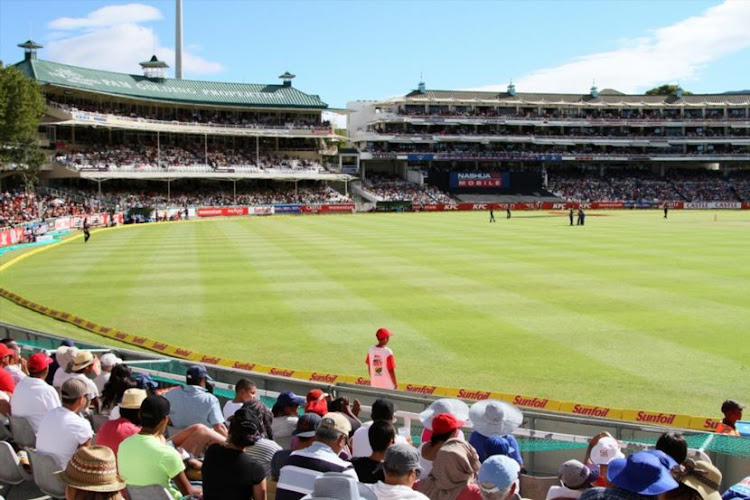 Warriors and the Eastern Province Cricket Board.
Image: GALLO IMAGES

The home of cricket in South Africa has been been pimped to the tune of almost R67-million and is ready to roll into a future more than four times as dazzling as its illustrious past.

“The old lady is really looking good‚” Mark Williams‚ the chief executive of the Warriors and the Eastern Province Cricket Board‚ said from his office at St George’s Park.

New floodlights have been installed at a cost of R27-million and R39.7-million has been spent on other improvements‚ including a new scoreboard and drainage system.

The upgrades should add to the occasion that will unfold at St George’s Park on December 26 — when South Africa host Zimbabwe in not only the first day/night‚ pink-ball test in this country but the first four-day test anywhere.

Whatever you think of all that new-fangledness‚ it does have a certain symmetry with the fact that the first test played in South Africa was against England at St George’s Park in March 1889.

There could be another echo of the past next month: it took England only two days to win that first match‚ and seven years later the English again needed just a couple of days to get the job done in St George’s Park’s second test.

What price Zimbabwe‚ who are among the weakest teams in the game‚ lasting longer than two days?

Besides all that‚ the ground needed new lights desperately. Their old set peaked at a mere 800 lux‚ which meant muggers could have lurked unseen in the further reaches of the outfield during day/night games.

Williams himself tested the spanking new set this week‚ and found them to be more than four-and-a-half times as effective as the old bulbs.

“We adjusted the lights down to 45% of capacity and in the centre of the pitch we were clocking 2000 lux.”

And that with LED technology‚ which cuts the power bill and leaves less light pollution in its wake.

The Warriors will play a practice game on Monday to test the lights under match conditions.

But whether the sprucing will help draw a crowd is another matter. The stands have not been well-populated at other Boxing Day tests in South Africa‚ regardless of whether they have been played at St George’s Park or at Kingsmead in Durban.

“PE has a good cricket culture and it’s a good time of the year‚ and folks are used to our Boxing Day test‚” Williams said.

“I believe the crowd is looking forward to it. Day/night events at St George’s Park are always better attended‚ and I reckon there will be a better response.”

Among the possible reasons why St George’s Park and Kingsmead have had room for many more at their Boxing Day tests is that the public prefer to go to the beach and keep an eye on the cricket by other‚ more modern means to spending the day at the ground.

But Williams was hopeful that the 2pm start would help buck that trend.

“At the latter part of the day and into the early evening‚ there is a bit of a gap [for the public‚ tourists especially]‚” he said. “It could be filled by the cricket; we’re certainly going to try and put on something special.”

St George’s Park has had something special for more than 128 years‚ but a little more can’t hurt.