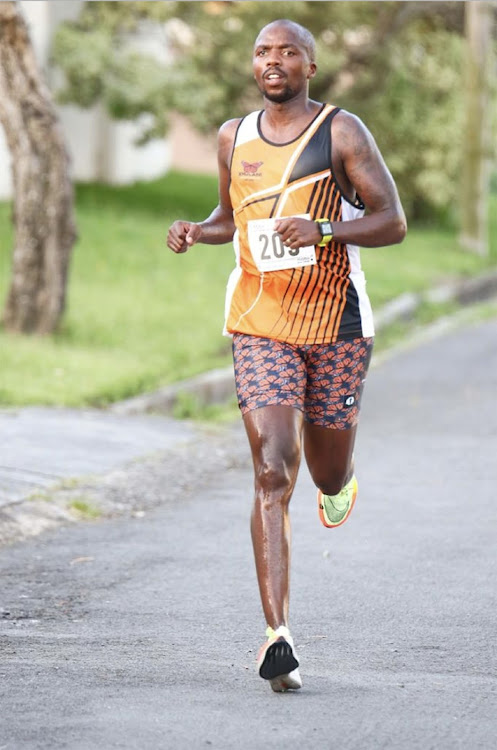 Nkomo is a former COO and acting CEO of Boxing SA. She is a regular in this 90km race, dubbed the “Ultimate Human Race”.

She will be going for her sixth race this year. Another former former BSA chief executive, Tsholofelo Lejaka, will be chasing his eighth medal this year.

“I am aware that Mabhuti runs; at some point I ran in the same race with him but obviously he does not know me,” said Nkomo yesterday.

“I am happy for him and I think he will do very well. The most important thing he will need to do is to manage his excitement because Comrades is not like a small race. It is the real thing. But I don’t doubt that he knows that you don’t win on how good you start but how you finish. Welcome to the big club of crazy runners.”

Sinyabi – the one-time knockout artist who left 20 of his 29 victims gasping for air – retired as a fighter in 2016, after suffering his fifth loss against Azinga “Golden Boy” Fuzile.

“I have adjusted and adapted; to be honest with you I did not see this running thing coming; I don’t know if I am multi-talented or what,” he said yesterday.

“After I stopped fighting I spoke to my aunt Nomfesane Nyatela (CEO of Rumble Africa Promotions) and requested her to show me the way. She assisted me by introducing me into the construction world.”

“My clothes were getting tighter. I started jogging alongside Wonga Zizane (a former boxer who is now a professional runner) when he was preparing for his races,” said Sinyabi.

“I then joined his Khulani Athletic Club in Mdantsane and did well in running events.

“That is how my newly found love for running grew. I ran the Two Oceans Marathon (a 56km race) and qualified for my debut Comrades Marathon.

Sinyabi is under Mshu One Management, which takes care of many former professional boxers in the Eastern Cape.

“I was boxing for a living but I am now running to send a message to many people that everything is possible when you live up to your dream. I mean from nowhere, I ran 56km in the Two Oceans, and now I will be running in the biggest race,” said the 35year-old father of three.

The spirit of the Comrades is said to be embodied by attributes of camaraderie, selflessness, dedication, perseverance and ubuntu.

Middleweight Simnikiwe Bongco survived a knockdown to secure SA’s first boxing medal at the Commonwealth Games since 2014.
Sport
3 days ago

Boxing in this country doesn't need a CEO with degrees but short on ideas of how to take the sport forward and completely in the dark about what ...
Sport
3 days ago

Gideon Buthelezi has admitted blundering badly by risking his life to starve himself to the point where he was a walking corpse just to make the ...
Sport
4 days ago

A cash bonus of R10,000 on top of his five-figure purse money and a grocery voucher is what Phumelele “The Truth” Cafu earned from two benefactors ...
Sport
5 days ago
Next Article