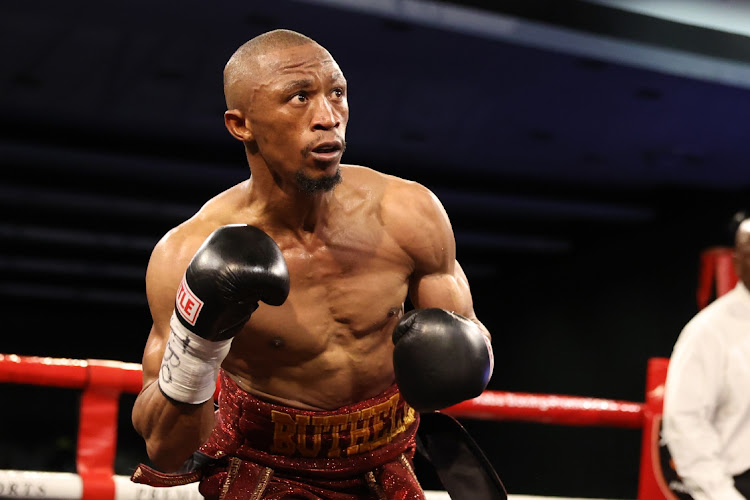 Gideon Buthelezi has admitted blundering badly by risking his life to starve himself to the point where he was a walking corpse just to make the limit for the flyweight division where he eventually suffered a first-round knockout to Filipino Dave Apolinario.

They fought for the IBO flyweight title.

“I blundered badly and I will never ever take such a gamble [again],” he said on Tuesday.

The weight difference between the junior-bantamweight division where Buthelezi campaigns and the flyweight class is just more than a kilogram. That is not an issue for someone young and active.

But Buthelezi – who celebrated his 37th birthday a few days before the fight – had not fought for more than a year.

He accepted the fight to keep the wolf from the door. He was also chasing his fourth IBO title in four weight divisions.

“My whole body was cramping,” he said. “On the day of the fight I was dizzy. I had not recovered from the torture of cutting the weight down. It reminded me of the time when I was fighting in the mini-flyweight division. I will never ever do this to myself again.

“At first I felt I could make the weight limit at flyweight and I also took it as a challenge. Yes, I made the weight limit but fighting was something else. I could not sleep on the eve of the fight. One thing that gave me comfort was the opportunity to earn some money that would enable me to put bread on the table for my children.”

He says he has not yet fully recovered. “My whole body is swollen and that includes my feet,” he said.

Buthelezi suffered his fourth knockout in six defeats, against 23 wins.

A cash bonus of R10,000 on top of his five-figure purse money and a grocery voucher is what Phumelele “The Truth” Cafu earned from two benefactors ...
Sport
5 days ago

Boxing SA must take an overall assessment of its ring officials because some of their scoring causes severe pain to fighters, especially where a ...
Sport
5 days ago

The sport of boxing in SA is on a positive trajectory with promoters staging wonderful tournaments in some parts of the country almost every ...
Sport
6 days ago

Professional boxer Bathabile Ziqubu did not only listen to wise words from lawyer and former two weight world champion Lovemore Ndou, who encouraged ...
Sport
1 week ago
Next Article