Mntungwa on the mend after Buthelezi's tragic death 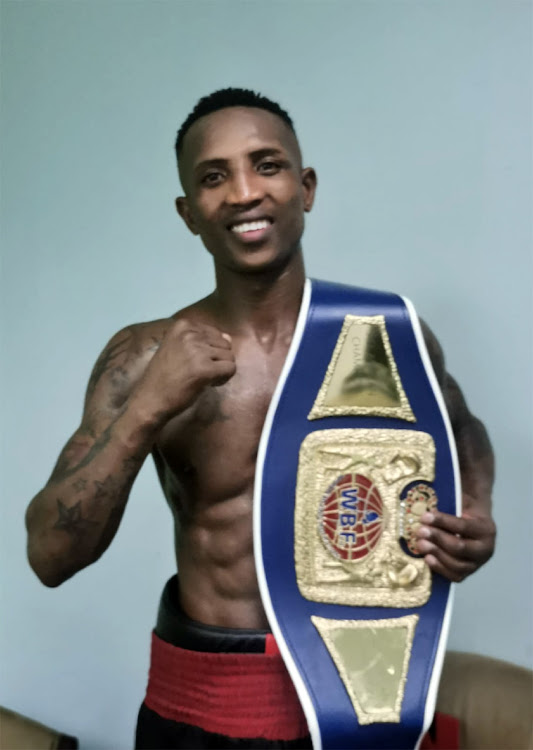 WBF All Africa lightweight boxing champion Siphesihle “The Champ” Mntungwa is gradually recovering from the trauma caused by the recent death of Simiso “Ganda Ganda” Buthelezi two days after their fight for the WBF belt in Durban.

Mntungwa won by a TKO in the 10th round. Buthelezi – who was ahead on points at that stage – started punching air, prompting referee Elroy Marshall to halt the fight. Buthelezi collapsed and was rushed to King Edward Hospital in Durban where he passed on.

Mntungwa, 27, from KwaXimba in Cato Ridge, Pietermaritzburg, became suicidal due to the abuse that followed after Buthelezi’s unfortunate passing away. But with time, which heals everything, he is getting better.

“The counselling that was organised at my workplace has helped me,” he said yesterday. “I realised that I needed to forgive myself for being the person that had to be in the ring with Simiso, whose days had come to an end. It could have been me.

“I am getting better and I am slowly coping. I started working today (yesterday) since I took unpaid leave when I was preparing for the fight.”

Mntungwa said he did not attend the funeral, which was held in Paulpietersburg.

“I was scared after all those insults but I wrote a message and also sent my belt to show respect to Simiso; my coach attended the funeral and he took the belt with him,” said the fighter, who has started training. He said he could not tell if he would still be able to throw a punch at an opponent.

“Maybe the sparring, which I have not done because I am still going easy in training, will help me. But honestly, I do not know what will happen. I believe though that bit by bit I will get there.”

Siphesihle Mntungwa says the stress caused by the death of his boxing match opponent Simiso Buthelezi on Tuesday in Durban has had him ...
Sport
2 weeks ago

Simiso “Ganda Ganda” Buthelezi's death on Tuesday after ring injuries has again highlighted the fact that boxing is one of the most dangerous sports.
Sport
2 weeks ago

Simiso “Ganda Ganda” Buthelezi, who collapsed in the ring at the weekend, has died.
Sport
2 weeks ago
Next Article