Mystery abounds as Buthelezi fights for his life in hospital 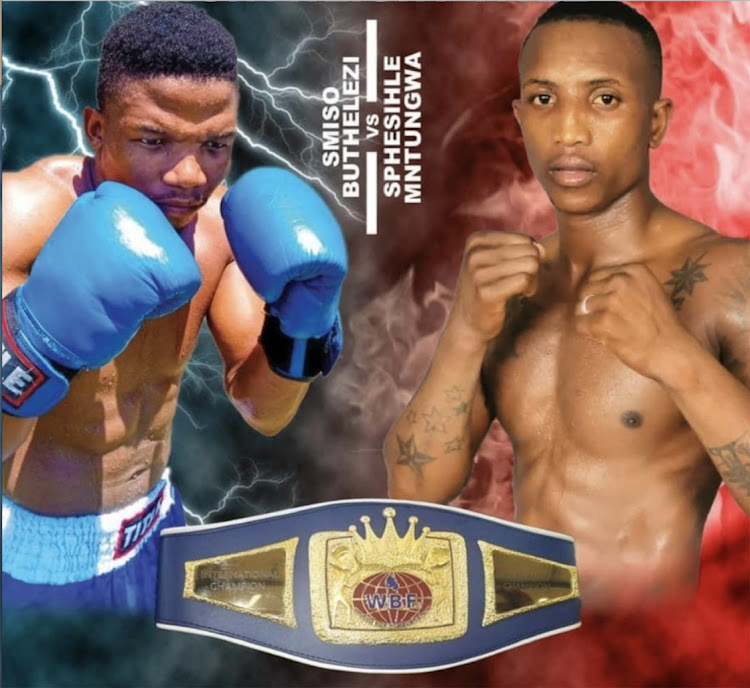 Simiso Buthelezi, left, is in coma at King Edward Hospital after his fight with Siphesihle Mntungwa on the right on Sunday.
Image: Supplied

Injured boxer Simiso Buthelezi is fighting for his life at King Edward Hospital in Durban, doctor Buyi Mabaso-Dlamini has confirmed.

“He is not in a good health condition at all; he is critical but stable,” she said yesterday. “We discovered that he bled on the brain and sadly his condition does not allow the doctors that are treating to operate at the moment due to the condition.”

Buthelezi never took heavy blows from Sipheshle Mntungwa during their fight on Sunday. In fact, it was Buthelezi who meted punishment on Mntungwa for the entire nine rounds.

“Another suspicion is that he may have suffered an injury before Sunday’s fight,” said Mabaso, who was ringside at Greyville Convention Centre where Buthlezi and Mntungwa fought for the vacant WBF All Africa lightweight title.

“It could be injuries building up all the years. His condition deteriorated when he was rushed to the hospital,” said Mabaso. “But he was worse on his arrival at the hospital than when he left Greyville. We trust in God that a miracle can still happen.”

Distraught promoter Zandile Malinga said: “We would have rushed him to Edington Hospital which is the closest to Greyville Convention Centre where I staged my tournament but it does [not] have the neurological.

“I am still in shock; we did not anticipate this. As brutal as boxing can be but this is the last thing you expect. Everything was fine; no weight issues... basically no signs of anything to look into in that direction.”

Malinga is footing the medical bill.

Buthelezi was stopped by the referee for punching thin air just moments after knocking Mntungwa through the ropes. This happened during the 10th and final round of their title fight.

Two judges had Buthelezi winning the contest while their colleague had it a draw at the time of the stoppage.

A similar thing happened in 1984 at Mphatlalatsane Hall in Sebokeng where Jacob “Killer” Molefe fought Richard Smith on April 27. Going for round five, Molefe stood up and turned against his corner before he started punching blows in thin air. It was bizarre.

He was also rushed to a nearby hospital where it was discovered that he had bleeding on the brain. Molefe never boxed again.

Boxing SA board member Sakhiwo Sodo, who also serves as chairperson of its sanctioning committee, graduated with a masters of education degree at ...
Sport
2 months ago

Hanging boxing trainer Michael Sediane out to dry for assaulting boxer Jeff Magagane will not help deal with the real issue that prompted him to act ...
Sport
2 months ago

Haney in bid for record titles against Kambosos

Malinga aims to revive boxing in KZN as she hosts tourney