US boxer declares himself the 'greatest of all time' 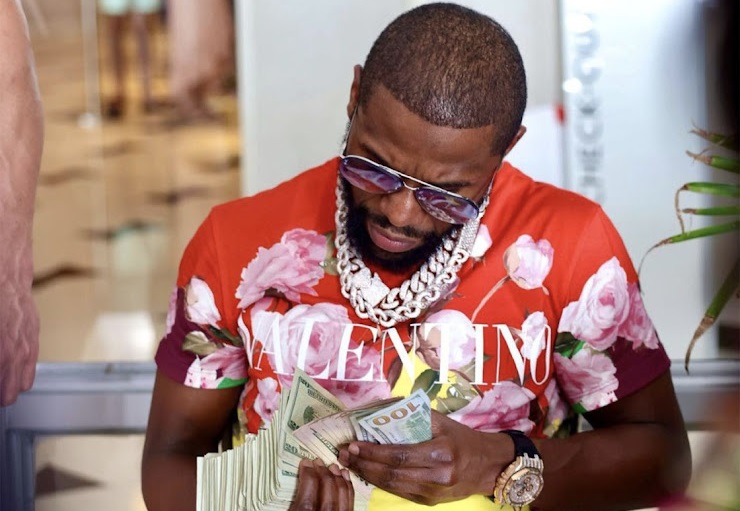 Floyd Mayweather regards himself as the best boxer of all time.
Image: Instagram

Floyd “Money” Mayweather Junior has left the fight fraternity perplexed by exaggerating his own worth as a fighter.

Mayweather declared himself as the greatest boxer of all time, known as "goat" in sporting ciricles, when he was asked by SunSport for his top five.

Even ex-BSA board member Andile Sdinile, who worships the ground Mayweather walks on, disagreed with the top five compiled by the American, which reads: Floyd Mayweather Junior, Pernell Whitaker; Roberto Duran, Larry Holmes and Aaron Pryor.

“I agree Aaron belongs there. I don’t think Floyd is No1; I always maintained that Muhammad Ali was the greatest boxer of all time and Floyd will be the richest boxer of all time. I can’t have my top five without mentioning Leonard, Sugar Ray Robinson and Joe Louis."

Mayweather believes he is head and shoulders above everyone else. That is why he left out the likes of Joe Louis, Sugar Ray Robinson, George Foreman, Sugar Ray Leonard and many more.

Durandt said: “When we talk about all-time great boxers we look at certain aspects of a boxer that we prefer over others. At the end of the day it is his opinion and not fact. For me Julio Cesar Chavez, Leonard, Ali definitely, Mike Tyson, and Roy Jones Junior are definite. I mean, how do you leave out Ali – he was the best in the world."

Thobela said: “I will put my head on the block with those guys including Oscar de la Hoya. I think Floyd does not like Ali and Leonard because they are rated as the best, and he believes he’s the best. Their popularity is an issue to him.”

The 45-year-old retired with an undefeated record if 50 and winning 15 major world championships from junior lightweight to junior middleweights.

Mayweather is reported to  own a whopping 100 cars, various properties and two private jets in Miami.

BSA working hard to bring back action to fans

The upward trajectory in active boxing in the country, which afforded licensees the opportunity to talk about their challenges, is the result of the ...
Sport
3 months ago

There is no WBC South Africa belt that will be presented to the winner of a boxing contest between former IBO junior featherweight champion Ludumo ...
Sport
3 months ago

It ain’t over until the fat lady sings. That idiom talks to the life of once worshipped two-weight world boxing champion Zolani “Last Born” Tete.
Sport
3 months ago

Damian Durandt says he was merely implementing part of his duties as a manager when he turned down an offer for his charge Marcus “King Labamba” ...
Sport
3 months ago

Hekkie Budler will oppose Mexican Elwin Soto for the rights to earn a crack at the WBC junior-flyweight title that is currently held by Kenshiro ...
Sport
3 months ago
Next Article