BSA working hard to bring back action to fans

All stakeholders playing their part – Nthangeni 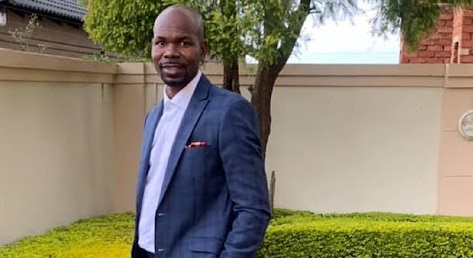 The upward trajectory in active boxing in the country, which afforded licensees the opportunity to talk about their challenges, is the result of the board of Boxing SA’s provincial and national roadshows – says board member Dr Azwitamisi Nthangeni.

About 20 tournaments have taken place since January. Five are lined up for this month already – Last Born’s in Wild Coast Sun, Eastern Cape, on Saturday; BRD Promotion at Booysens Gym, Johannesburg, on Sunday; Walt Disney Africa at The Galleria, Sandton, Johannesburg, on May 26; Xaba Academy at East London’s ICC on May 28; and Bonglez Promotion’s maiden tourney at Booysens on May 29.

Nthangeni, who also serves BSA as media liaison officer, said: “All provinces came on board and we addressed some of the issues. I can simply attribute what you see now to the positive approach of the board.

"We have a chairperson [Luthando Jack] who deals with issues on their merits without taking sides. He always tries to look for a middle ground so that any matter is resolved amicably.

“We also improved relations with provincial governments and formalised relations with MECs and that has helped in a number of tournaments that have taken place. The [sports] minister [Nathi Mthethwa] also said we must make sure that national public holidays such as Human Rights Day and Freedom Day are incorporated in the calendar.

"Recently, we were involved in a tournament in Mangaung, Bloemfontein, in partnership with Dream Team Promotions and the provincial government, which was staged to celebrate Freedom Day. We will continue doing so, which is part of our deliverables.”

There was lull in action when the country went on the hard lockdown in 2020. Action returned towards the end of that year under strict lockdown regulations, including the costly bio-bubble, and boxing happened behind closed doors.

There is no WBC South Africa belt that will be presented to the winner of a boxing contest between former IBO junior featherweight champion Ludumo ...
Sport
2 months ago

It ain’t over until the fat lady sings. That idiom talks to the life of once worshipped two-weight world boxing champion Zolani “Last Born” Tete.
Sport
3 months ago

Damian Durandt says he was merely implementing part of his duties as a manager when he turned down an offer for his charge Marcus “King Labamba” ...
Sport
3 months ago

Hekkie Budler will oppose Mexican Elwin Soto for the rights to earn a crack at the WBC junior-flyweight title that is currently held by Kenshiro ...
Sport
3 months ago