'I can't allow him to fight when he's not fit' 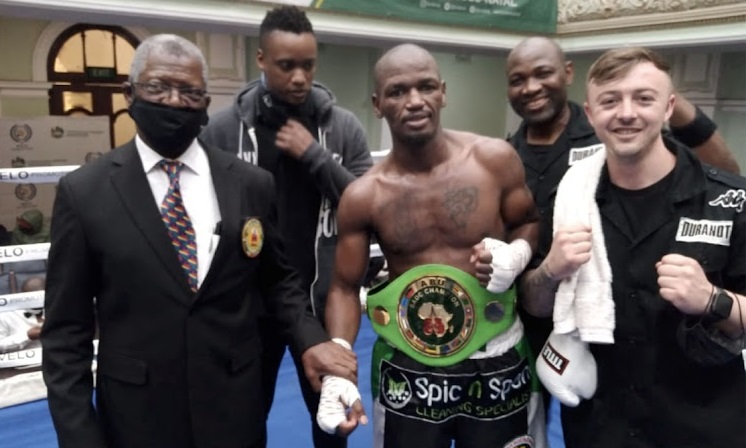 Damian Durandt says he was merely implementing part of his duties as a manager when he turned down an offer for his charge Marcus “King Labamba” Lebogo from Starline Boxing Promotions owner Zandile Malinga to face reigning South African junior welterweight champion Prince Dlomo in Durban on June 5.

“As his manager, I want the fight against Dlomo but as his trainer I don’t want it for June 5 because I cannot take an ill-prepared fighter to the ring in three weeks' time,” said Durandt.

Damien said he spoke to Lebogo about Malinga’s offer. “Like any boxer, he wants the fight but I told him that I don’t care if he wants it, the fact is that I will be doing disservice to him as his manager if I allow him to fight when he is not fit to do so,” said Durandt, whose gym is home to Africa’s only WBC champ Ilunga “Junior” Makabu, who holds the cruiserweight title.

“Marcus has just got a full-time job and unfortunately he has not been training in such that he can be in the ring in three weeks. We want to challenge Dlomo for the SA title, but only if we are given enough time to prepare. I spoke to the promoter that it is not possible to take the fight in three weeks.”

Dlomo and Lebogo have been at each other’s throat since October last year. Immediately after Lebogo was crowned the ABU SADC champ after defeating Sbonelo Nzimande in a one-sided 10-rounder in the main contest of Mvelo Boxing Promotions’ tournament in Maritzburg, Dlomo – who followed action from the stands – stormed into the ring and called on Lebogo for a winner-take-all showdown.

Contracts were signed later but sadly Malinga’s tournament did not happen. Dlomo ended up defending his national title successfully against Siseko Makeleni at Booysens Gym on September 26. He chalked up his second defence last Sunday against Xolani “Tiger” Mcotheli.

Hekkie Budler will oppose Mexican Elwin Soto for the rights to earn a crack at the WBC junior-flyweight title that is currently held by Kenshiro ...
Sport
2 weeks ago

While many promoters blatantly refuse to include women contests in their tournaments, those that try to assist by giving female boxers a chance at ...
Sport
2 weeks ago

From a mediocre fighter, Dlomo fought his way to the top

Prince Dlomo was written off as a no hoper who must hang up his boxing gloves because he had become so accustomed to losing fights.
Sport
2 weeks ago
Next Article