Trainer banks on Mallick to accomplish the mission 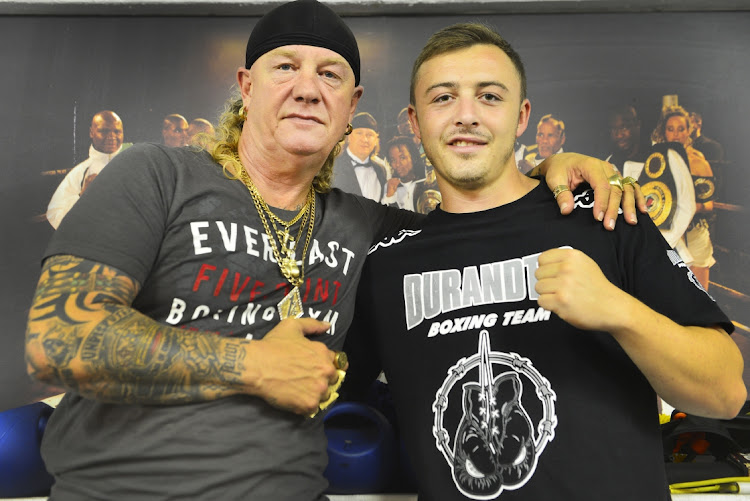 The internationally renowned Durandt Gym is chasing South African champion No.100, which will be record number for SA stables.

That record is expected to be achieved through Rushda Mallick when she takes on Mapule Ngubane for the vacant women's national middleweight title at Greyville Convention Centre in Durban on March 27.

Trainer Damien Durandt whose father Nick produced 95 SA champions in 17 weight divisions before he passed on in 2017 at the age 53, promised the milestone will be clinched.

In the event Mallick emerges victorious, she will be the first SA female boxing champion from the Durandt stable. Mallick however will be facing experienced former champion in Ngubane who has been involved in almost 20 bouts.

Damien Durandt has produced a number of international champions in different weight classes but his biggest achievement was in 2020 when he guided Ilunga Makabu to win the WBC cruiserweight title which he defended successfully for the second time against Thabiso Mchunu in recent weeks.

Durandt will be very busy this month and action will begin on March 24 at Fourways where former WBA Pan African cruiserweight champ Akani Phuzi will make his debut under Durandt since leaving Alan Toweel in January. Phuzi will face Lebo Mashitoa in a non-title fight.

“I think it is a good development fight for Akani; it’s a type of fight he should not have any complications with,” said Durandt. Three days later he'll be barking instruction in the corner of Jackson Chauke who will out the SA flyweight belt on the line against Phumelele Cafu in East London.

“Jackson's experience will be key factor,” he said of the 36-year-old champion. It will be on that same day that Durandt will be looking at the family’s institution to producing its 100th national champions.

“I will be in East London with Jackson on that day and my assistant Edson Kazembe will be in Durban with Mallick,” explained Durandt.

Then on April 9 at Sun City, Durandt will be ushering Athenkosi “Black Cat” Dumezweni into the war ring for the vacant SA junior bantamweight belt against Lwandile Ngxeke.

“If all goes well, that will be South African champion No.101 for the Durandt’s camp,” said Damien who explained that being seen to be busy is about his fighters.

“The success is received together but rewards are for them,” he said.

"My job is to make sure that my fighters train and perform well but that must happen also in all avenues of their lives.

"You can be a good boxer but if everything in your life is wrong, you will never perform. So, yes, I am looking at our 100th SA champion on the 27th.”

My tournament will go ahead, vows Sibiya

Budding boxing promoter and former KwaZulu-Natal cruiserweight champion Douglas Sibiya says his tournament will go ahead as planned on March 27 at ...
Sport
4 months ago

Asanda Gingqi’s sixth months of fame as the SA featherweight boxing champion will come to a screeching end on March 27 at East London’s ICC Hall, the ...
Sport
4 months ago

SA professional boxing is at its lowest ebb and this is illustrated by the fact the country has no world champions.
Sport
5 months ago

Mnisi to bring joy to boxing fans in Mpumalanga

The once-great sport of boxing is not what it used to be except for a small pool of loyal fans who still follow the sport and the occasional ...
Sport
5 months ago
Next Article