'My mother was robbed of a chance to hold my belt' 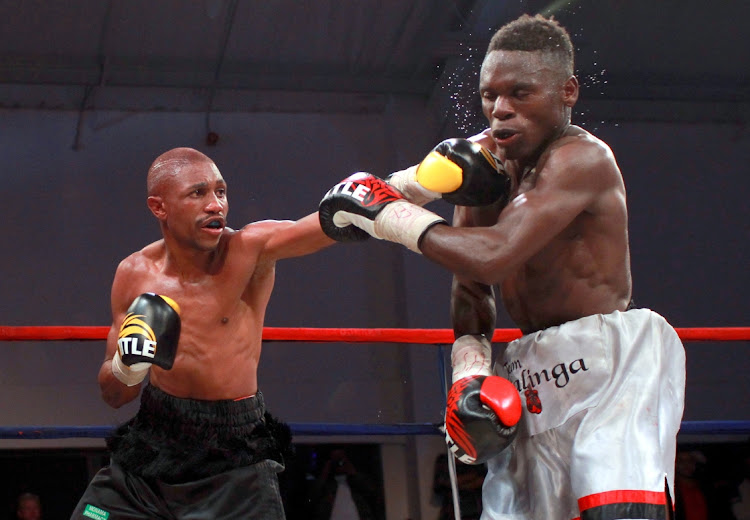 That is because that alone is not good enough. Bonokoane must work harder, be persistent and have the will to win.

“Captain Charisma” must also have a combination of endurance and strength which he will add to his agility and speed, then the world will be his oyster.

He knows he’s got what it takes and sometimes that gets into his head and it leaves room for complacency. The sooner he realises that his half-heartedness is delaying his progress, the better.

On April 8 he will be involved in a trilogy  – the third clash – with equally competent Innocent “Tycoon” Mantengu. This fight will be organised by J4Joy Boxing Promotions in  Mpumalanga.

But the whole tournament, which will be headlined by the SA lightweight championship between reigning champ Tshifhiwa Munyai and mandatory challenger Aphiwe Mboyiya, is subject to Boxing SA approval.

Bonokoane and Mantengu’s first fight was controversially declared a draw when there was supposed to be a winner for the SA junior-featherweight title which was then vacant. They met for the second time and Mantengu, from Mtubatuba in KwaZulu-Natal, won the rematch.

“If I lose to Mantengu maybe it means I am not good enough and I must look for something,” said Bonokoane. “I’m above him [in] every department.”

He said their pending upcoming fight is personal to him. "I don’t like that guy and I want to stop him. You know what, this  title means nothing. I am very angry!”

Bonokoane’s dislike for Mantengu, he said, stems from the fact that his mother left the ring at Kagiso Memorial Hall empty-handed when their fight was declared a draw.

“We were sure that I won that fight and my mom was to receive it. She attended our second fight which I lost, and she later passed away. That is why I am telling you that this fight is personal.”

Women in boxing are frustrated by many things, and that includes a lack of equality. This was aggravated by BSA director of operations Mandla ...
Sport
3 months ago

The Lord is close to the brokenhearted and saves those who are crushed in spirit. This biblical quote was used yesterday by promoter Shereen Hunter, ...
Sport
4 months ago

The fight fraternity must welcome the fantastic news that Boxing SA has already begun working on the yardstick that will be presented to promoters ...
Sport
4 months ago

The Nkangala District Municipality will host a mini open style, formerly known as amateur tournament, at the Bears Palace in Carolina, Mpumalanga, on ...
Sport
4 months ago
Next Article