'It is an activation for our upcoming three title championship' 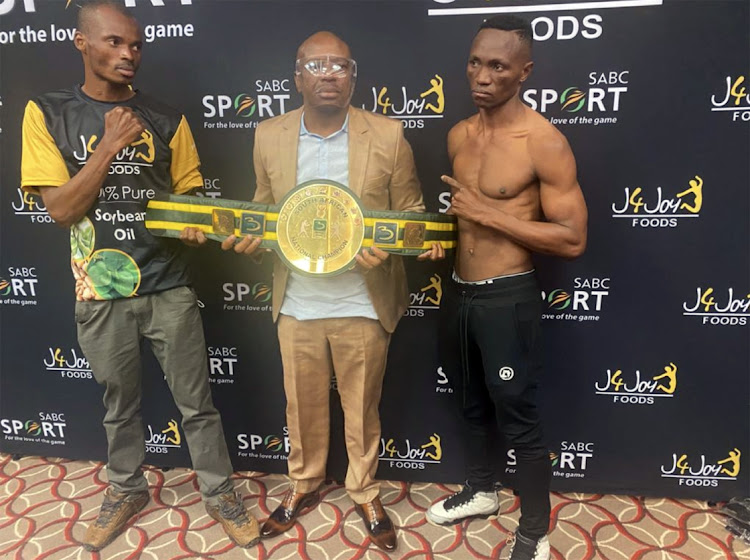 The Nkangala District Municipality will host a mini open style, formerly known as amateur tournament, at the Bears Palace in Carolina, Mpumalanga, on Saturday, Boxing SA manager in the province Oupa Lubisi has confirmed.

The announcement was first made by Squire Nododile – the CEO of J4Joy Boxing Promotions – which will co-host the amateur 10 bouts tournament in conjunction with SA National Amateur Boxing Organisation (Sanabo).

“This part of a development programme between us, Boxing SA and SA National Amateur Boxing Organisation, which is nothing else but developing fighters,” said Nododile. “It is an activation for our upcoming three title championship which will take place on April 8 at the Banquet Hall in Middleburg.”

Lubisi – a former SA featherweight boxing champ, who has been very vocal about reviving the sport in Mpumalanga – said: “A business tycoon Brandon Tshabangu will officially open his newly built lodge. He requested that we bring children to be part of the celebration. I suggested to him that we arrange a mini amateur tournament of 10 bouts and he agreed.”

Asked if Boxing SA, the regulator, was contacted, Lubisi said: “I did not contact Boxing SA but instead Sanabo which is responsible for amateur boxing. They agreed. Actually the tournament is for the Nkangala district. Action will begin at 12 qnoon.”

This comes two weeks after Boxing SA and Sanabo signed a memorandum of understanding which seeks to strengthen relations between the two bodies.

“Our partnership with Tshabangu is necessary because at least we are going to have a home for boxing in the province,” said Nododile. “We want to create the appetite for boxing in our province”.

He said on April 8 reigning SA lightweight holder Tshifhiwa Munyai will vie for the record fifth defence against Aphiwe Mboyiya while a trilogy between current WBF Intercontinental junior featherweight champion Thato Bonokonae and Innocent Mantengu for Bonokoane’s title will be the main supporting bout. “We will also have a Mpumalanga title; I am still trying up some loose ends because the master plan is to launch the Mpumalanga belt on the night,” said Nododile.

“The journey towards reviving boxing in our province begins with the amateur tournament on Saturday and we hope that loyal fans will rally behind this tournament to give moral support to all the aspirant fighters."

New boxing promoter Zwilenkosi Magudulela has assured fans that his maiden tournament as a promoter on Saturday is going to be a perfect one ...
Sport
5 months ago
Next Article