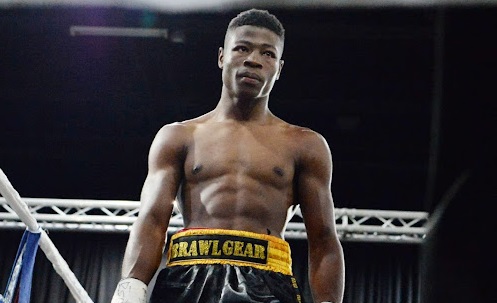 Controversial decisions are some of the saddest things to happen in boxing because fans have to accept one outcome when they thought they saw another.

That is the story even today about the epic battle between Sugar Ray Leonard and Marvin Hagler which happened in 1987. You ask 100 people what happened in that fight and you get 100 different answers. Some still maintain to this day that Leonard was a deserving winner while others say Hagler was robbed.

It is the case with the scoring on Sunday afternoon when Talent Baloyi dazzled Khaya Busakwe with dominant ring general ship, speed and blazing combinations in their 10 rounder for Busakwe’s Gauteng lightweight title.

Driving the lanky champion backwards from the first round, Baloyi landed the most telling blows and seemed on the way to victory. He defined the term "stick and move" keeping Busakwe off-balance with effective movement and combination punches.

Ushered to war by Sebastiaan Rothmann, Baloyi was a clear winner from a spectator’s point of view. He did everything needed from a challenger to take the title away from the champion. The only thing missing was a knockdown.

The crowd in Kagiso Memorial Hall saw a one-sided fight get declared a draw and they booed the decision. Busakwe, under the guidance of accomplished veteran trainer Norman Hlabane, retained his belt by virtue of being the champion.

It was a cracker of a fight which was a topsy turvy affair. But from the untrained eye, Makondo looked to have just won it either by a very close point margin but some felt a draw was a true reflection of its competitiveness.

Muvuud from Congo was tough and durable. He absorbed volumes of power punches throughout, and in turn had moments of scoring a knockdown against a visibly exhausted Makondo.

The verdict is debatable but the fight itself was intriguing. Everyone loves a close and competitive fight, but when the winner is not announced, that can be debated for days, months and sometimes years later. That is the story even today about the epic battle between Leonard and Hagler.

Hagler lost that fight, according to judges, and never fought again.

Khensamahosi Makondo says he is aware that there are many fight fans who are not convinced about his pedigree as a fighter, with the obvious ...
Sport
5 months ago

History should spur on BSA 2017-18 prospect of the year and current SA flyweight boxing champion Smangele “Smash” Hadebe to do everything possible in ...
Sport
5 months ago
Next Article