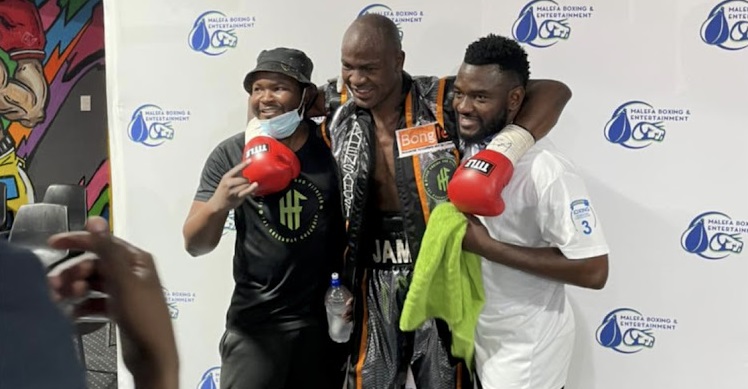 Khensamahosi Makondo says he is aware that there are many fight fans who are not convinced about his pedigree as a fighter, with the obvious comparisons being made with other fighters from Limpopo, which is known to have produced many dogs-of-war.

The list includes smart boxer Cassius “Shy Guy” Baloyi and knockout artist Phillip “Time Bomb” Ndou. Baloyi, a mathematician inside the ring, holds the record as the country’s only six-time world champion in three weight divisions while Ndou is respected for a record of 34 knockouts in 37 wins.

But Makondo has promised to silence them on Sunday by winning the WBF All Africa junior-middleweight title at Kagiso Memorial Hall. Promoter Joyce Kungwane matched him with Congolese Jacquees Mvuud and their 12-rounder will headline the TLB Boxing Promotions programme.

Makondo goes into the fight boasting a third-round knockout win over the confident Siphiwe Lusizi. The former Olympian not only mocked Makondo and promised to knock him out during their weigh-in but he even got physical with him and had to be restrained.

“My detractors must just sit back and watch me fly,” he said yesterday. “I am going to deliver a beautiful win; classic.”

Makondo’s skills are polished in Johannesburg by Nyiko Ndukula and Hloni Maboko. “I will go in there and put into practice what we have practising in the gym,” he said before describing the WBF All Africa belt as a springboard to bigger titles.

Khaya Busakwe’s Gauteng lightweight title will be on the line against Talent Baloyi in another title fight on Sunday. There will be five more fights and action will begin at 2pm.

History should spur on BSA 2017-18 prospect of the year and current SA flyweight boxing champion Smangele “Smash” Hadebe to do everything possible in ...
Sport
4 months ago

Tyson Fury will defend his WBC heavyweight title against Dillian Whyte on April 23, the reigning champion announced on social media.
Sport
4 months ago

Gauteng has reclaimed the status of being the hub of boxing action and the place to be for boxers.
Sport
4 months ago

Phila Mpontshane is in the hood. The Mdantsane-based fighter arrived in Jozi yesterday.
Sport
4 months ago
Next Article