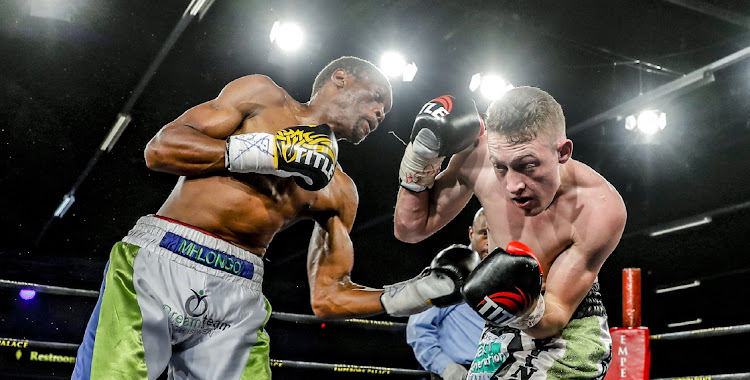 Nkululeko Mhlongo’s consistency as the SA junior-middleweight champion has enabled him to become the rightful owner of Boxing SA’s championship belt.

The under-appreciated yet talented fighter from Eshowe in KwaZulu-Natal, who is popularly known as “Bull Dog”, will be presented with the champion’s belt by BSA director of operations Mandla Ntlanganiso during TK Boxing Promotions' tournament at Booysens Gym on Sunday.

Mhlongo won the national belt in 2011 and defended it successfully five times. He then moved up to the middleweight class where he won the title from defending champion Walter “Black Mamba” Dlamini in 2019. That win in Pretoria made Mhlongo one of the few locals who held national titles in two weight divisions.

But due to current regulations that prevent boxers from holding two SA titles simultaneously, Mhlongo was forced to vacate the junior-middleweight belt.

The national belt is something that should make Mhlongo’s family proud.

Nozwelethu Mathonsi from Motherwell in Gqeberha and Noxolo Makhanvu from Mdantsane also received their belts. Mathonsi is the proud owner of the SA junior-flyweight belt while Makhanavu owns the flyweight title.

These two female champions received their belts a few days before Christmas, in fulfilment of a promise made in November by then BSA acting CEO Cindy Nkomo that some champions would spend Christmas with their belts around their waists.

Inconsistent Miya goes down the rankings

Zolile Miya’s future in boxing seems to be going a downward spiral, and the sooner this talented Sowetan realises that he is becoming a stepping ...
Sport
5 months ago

The show – ESPN’s first boxing tournament in Africa – goes on as scheduled for tomorrow night in Fourways. The assurance was made yesterday by Sifiso ...
Sport
5 months ago

Luyanda Kana will forever be grateful to Makhenkesi Stofile and Thabo Mbeki because he says he was acknowledged by the duo for his sterling job as a ...
Sport
5 months ago

Boxing SA is fully behind the emerging trend of celebrity fights and exhibitions bouts.
Sport
5 months ago
Next Article