Legendary matchmaker will pick his own fighters 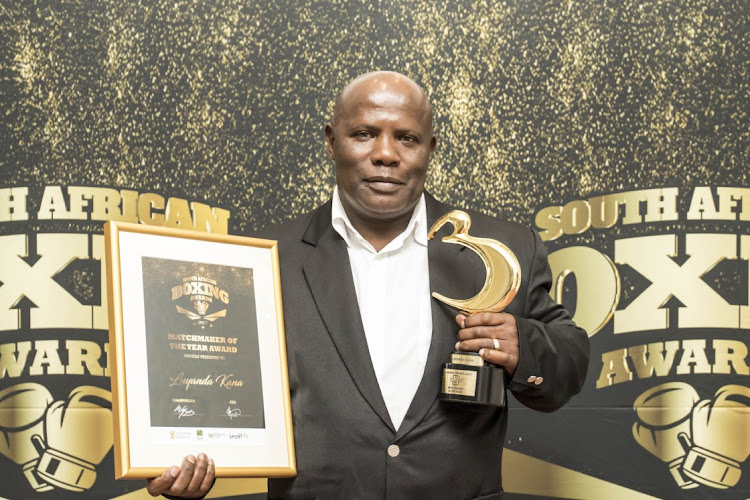 Luyanda Kana will forever be grateful to Makhenkesi Stofile and Thabo Mbeki because he says he was acknowledged by the duo for his sterling job as a boxing matchmaker.

He refers to Stofile as the foundation of the tower he has become and describes former president Mbeki as the Messiah who saved him from the jaws of death and gave him a second chance in life.

He met Stofile at an East London prison where the then ANC veteran and other members of the United Democratic Front (UDF) were serving time for political crimes. Kana and 32 other political fighters from the ANC and PAC were on death row.

He says Stofile encouraged him to train inmates and Kana did. The list includes Sabelo Jubatha, Mzukisi Roberts and Linda Tshemese.

Jubatha got out, became a professional boxer and he won the SA featherweight belt in 2009. Roberts won the Baby Champs and disappeared in 2007. Tshemese won the national junior-bantamweight title in 2016 and lost it the following year.

Kana was saved from execution by Mbeki, who was president at the time. He pardoned Kana and 32 other political prisoners in 2002. Kana had already spent 14 years behind bars.

The man from Mdantsane began putting together boxing matches for promoters, not knowing that his newfound profession would turn him into the most sought-after matchmaker even outside the borders of SA.

In 2017 he won BSA’s matchmaker of the year award.

Now the Gauteng Boxing Promoters Association (GBPA) has announced that they will honour Kana with a tournament in April. Their intentions are to make sure that boxing becomes part of celebrations of Freedom Day on April 27. But that day falls on a Wednesday this year and the tournament will take place a few days later.

GBPA secretary Shereen Hunter said Kana will do the matchmaking. “The choice of fighters will be his. It does not matter where will they be coming from, we will do as he tells us,” she said.

The soft-spoken gentle giant said: “A big thank you to the Gauteng Promoters Association. I always do good bouts so people will enjoy the tournament.

“I give credit to bra Stof [Stofile] for planting the seed to me, and I would not have seen this day had it not been for comrade Thabo Mbeki who saved us from death.”

Boxing SA is fully behind the emerging trend of celebrity fights and exhibitions bouts.
Sport
6 months ago

The successful implementation of last year’s resolutions taken by the Gauteng Boxing Promoters Association (GBPA) is the motivating factor going into ...
Sport
6 months ago
Next Article