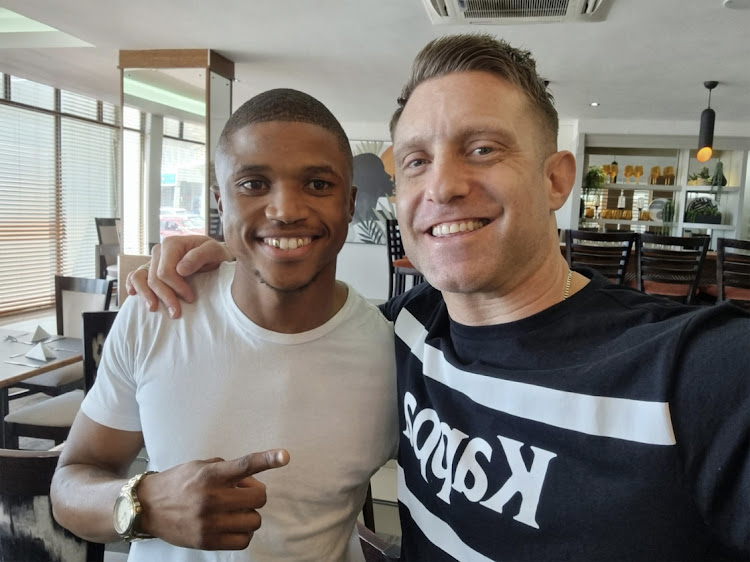 SA’s most successful boxing trainer/manager of this era Colin “Nomakanjani” Nathan does not want to be drawn into the general feeling that his new find Sivenathi “The Special One” Nontshinga is being thrown into lions' den against battle-marked warrior Felix Alvarado.

Alvarado, 32, who boasts a stoppage win over Nathan’s former fighter Deejay Kriel, has been around since 2010. Thirty two of the IBF flyweight champion's 37 victims failed to hear the bell for the last round. “El Gemelo”, as he is known, has knocked clean out 11 opponents and pulverised 21 into submission.

Alvarado will make the second defence against Nontshinga on a date still to be confirmed.

“We are mandatory challengers,” said Nathan yesterday. The 23-year-old challenger from East London holds the IBF International title. It is his two successful defence which earned him the top rating and the consistency convinced the IBF’s championship committee that he deserves the crack at Alvarado.

Nontshinga, who has boxed professionally with success since 2017, is undefeated after 10 fights. He has been under the guidance of his father and trainer Thembeni Gopheni until the talented hard hitter who has left nine of his victims counting the stars teamed up with Nathan recently. Is Nontshinga not being rushed into big fights when he should groomed nicely?

Nathan answered: “The thing is that Sive is a young kid who is prepared to take a step and it takes courage to take that big step; he wants to be a champion of the world and actually that is where I come in because he believes I am the right person for him to fulfil his golden dream.”

When a man of Nathan’s caliber speaks, mere mortal should sit back and listen. The man, who produced his first world champion in 2013 when Hekkie Budler won the WBA mini flyweight title – says “You can’t buy experience and strength which I achieved through all the years I have put out in boxing; my results speak for themselves.”

Asked what exactly is he bringing in Nontshinga’s career, BSA’s 2017 and 2018 Manager of the Year award winner says: "Experience, boxing savvy and pedigree. I have accumulated through my fighters in world championships fights.”

“He is a very bright prospect; very disciplined, dedicated, humble to learn and oozes charisma.”

Nathan says Alvarado is very durable and is one of the best world champion today in the smaller weight classes.

“I think with the right game plan we will beat him,” says Nathan’s who manages finder under the banner of No Doubt Management.

Twelve bouts to feature on ESPN Africa next week

ESPN Africa will begin its quest to showcase the continent’s boxing talent to international audiences from next week.
Sport
6 months ago
Next Article