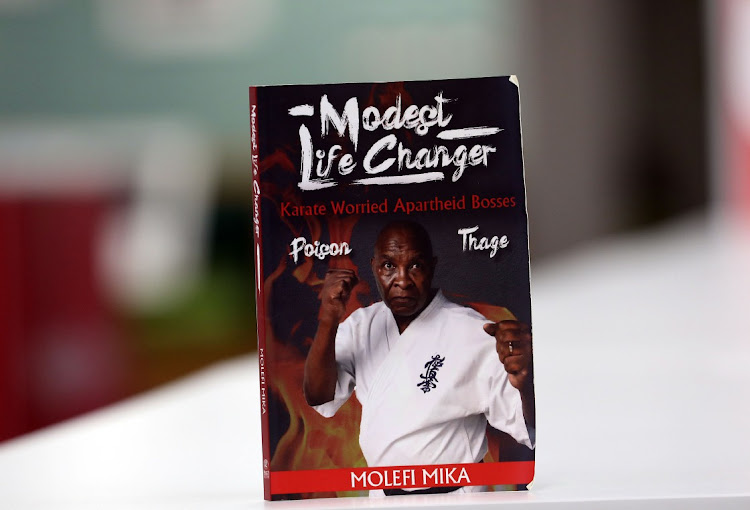 Sean Connery’s captivating ability as an actor to defend himself in movies inspired Peter Thage to join a gym. Little did he imagine that he would one day represent SA as a karateka at the World Games in Japan in 1979.

Thage, from KwaDukathole in Germiston, is now a master instructor best known in karate terms as a Shihan. It is every karateka’s dream to be in Japan, just like its is any Rastafarian's dream is to sing in Trench Town in Jamaica.

In Japan, Thage, now known as “Poison”, got to meet Kancho Masetatsu Oyama, founding master of Kyokushinkai Kan karate style, an acclaimed martial artist of Korean origin who later became a Japanese citizen. Thage says he used to read a lot about Oyama, the man he says killed 12 bulls with his bare hands. He says meeting him was the greatest moment of his life as a karateka.

Thage did not do that well in the arena in Japan. It was actually his second opportunity to represent his country in Japan. The first offer came in 1977 but the trip did not materialise due to apartheid laws. Thage was told by the apartheid government to apply for his passport in Bophuthatswana because he was a Tswana by birth but he knew nothing about that part of the country.

He says that veteran journalists Doc Bhikitsha and Jimmy Tlotli wrote articles lambasting the apartheid government for its stance towards him. Thage says he never lost hope that one day his dream of meeting Oyama would materialise – so he continued training until he got selected to represent his country in 1979.

Thage says the beginning of what would later become a life changer was when he heard of a boxing club in Boksburg. At that time, he confesses, he didn’t know the difference between boxing and karate. But the karate bug bit him around the 1960s.

In 1977 he was a Shodan, a senior karateka. The eldest in a family of 12, Thage could only acquire what was then known as JC (junior certificate) at school. He had to quit and look for a job to take care of his siblings. Travelling to cities like Cape Town for tournaments would force him to take unpaid leave from work and that got him into trouble with his employers. They made him choose between work and karate – he chose the latter.

To learn more about this recipient of the Steve Tshwete award in 2011, one should lay their hands on his well-written biography, called Modest Life Changer. Written by Molefi Mika, a former Sowetan sports editor who is also Thage’s homey in kwaDukathole, the erstwhile Kyokushinkai Kan karate corner referee fluently articulates what Thage went through while encouraging every black child out there never to give up in life – no matter how long and bumpy the journey might be.

Mika is the man who coined the nickname Bafana Bafana in 1992 and is actually an unsung journalist who served on various high-profile committees, including as a panellist for the World Sports Awards in London in 2000 and 2001. The book costs R170. For more information on Modest Life Changer one can contact Mika atmolefi,mika@yahoo.com or psthage@gmail.com.