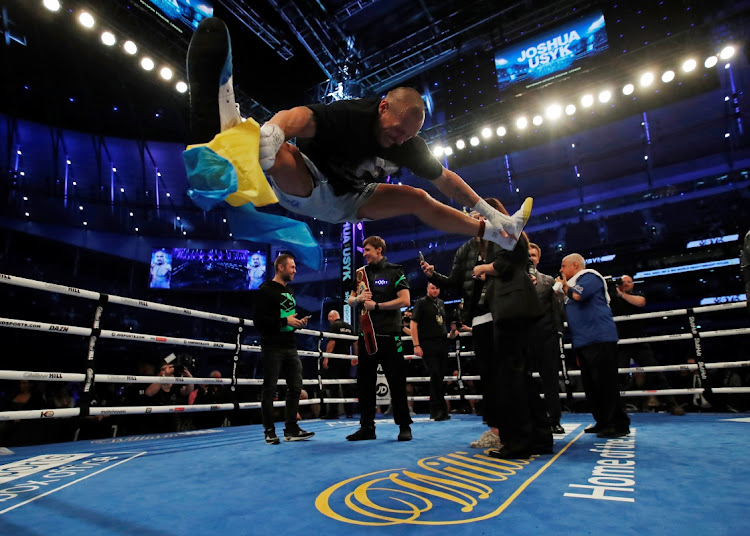 WBC heavyweight champion Tyson Fury and Anthony Joshua will face each other at some point as that is the fight people want to see, said Todd DuBoef, president of promoters Top Rank Boxing.

Fury, 33, had been set to face fellow Briton Joshua in Saudi Arabia in August in a unification title fight, but an arbitrator ordered Fury to fight Deontay Wilder for a third time instead. The chances of a fight between the two dimmed when Joshua lost his WBA, WBO, IBF and IBO belts to Ukraine's Oleksandr Usyk in September, prompting Fury's promoter Frank Warren to say the bout was unlikely to proceed.

"I would love to see Fury against Joshua, Usyk and (Dillian) Whyte," DuBoef told Sky Sports.

"Regardless of the order, Fury vs Joshua is what people want to see. I think Fury and Joshua will fight at least once because people want it."

DuBoef said Joshua would have to raise his level in his planned rematch with Usyk to win back his belts and make the Fury fight happen.

"If Joshua and Usyk do the rematch and Usyk looks sensational again, maybe the public will say, 'we want Fury vs Usyk'," DuBoef said.

"Joshua says he had an off night. Joshua has to take his career to that elevated state again by erasing his off night. That is important."

The reaction from the fight fraternity and media to the third instalment of an epic heavyweight championship fight in which both WBC champion Tyson ...
Sport
8 months ago

Tyson Fury won a slugfest with Deontay Wilder with an 11th round knockout to retain his WBC heavyweight title at T-Mobile Arena in Las Vegas on ...
Sport
8 months ago

Youtuber-turned-boxer Jake Paul extended his perfect record after sending Tyron Woodley face-first into the canvas with a vicious knockout blow in ...
Sport
6 months ago