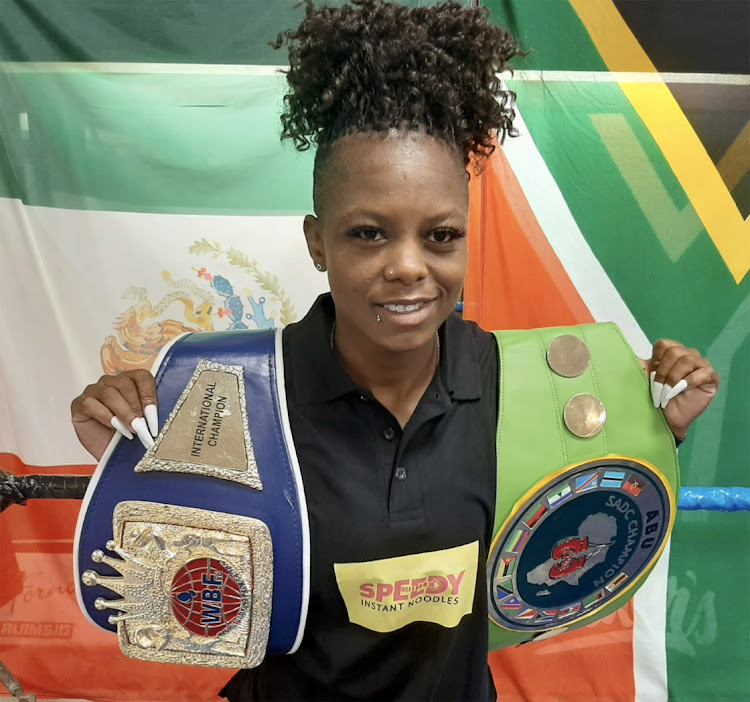 David Faas is elated to have been afforded the opportunity to organise what will be the first biggest tournament of the Nelson Mandela Bay Promoters Association’s since its formation some few years ago.

Credit must go to Nelson Mandela Municipality in Gqeberha for its R5m three-year partnership with promoters in the Eastern Cape. It came after the city held an indaba with the promoters in March. The promoters association – like the Gauteng Boxing Promoters Association – is not a BSA licensed entity but comprises registered BSA licensees.

Although marred by accusations of being an empowerment to a select few male chauvinists, the association through its chairperson Faas will be in action on Sunday at the same hall which is popular known as the Great Centenary where local hero Nozipho “Nsimbi” Bell from Walmer will welcome Matshdiso “Scorpion Lady” Mokebisi from Kronstand in the Free State for the IBF International belt.

This 12-rounder between accomplished females will headline the bill that will be organised by David Faas Productions. Mokebisi, is former SA junior featherweight, WBF International and ABU SADC featherweight. Gauteng junior welterweight champion is under the guidance of respected trainer Manny Fernandes in Johannesburg. Bell’s skills are hone back home in Gqeberha by Caiophus Ntate. Bell has held the WBF featherweight and SA junior lightweight belts. She fought but lost twice in WBO and IBO championships.

Said Faas: “The tournament is definitely going ahead. The main fight is gona be a very exciting fight because it pits two of the country’s best female fighters against each other. It’s match-making from heaven. Bell is strong and durable but I don’t think it’s gona be an easy fight for Bell bearing in mind that Mokebisi is with respected trainer Manny Fernandes whose track record speaks volume. But my money is on Bell winning this fight.”

Box-and-dine has become a fashionable concept in SA boxing. It started about 30 years ago as part of development tournaments and has completely ...
Sport
1 month ago

In 2018, Boxing SA stated that it was working on a comprehensive life cover for licensed boxers that will cover their income protection and ...
Sport
2 months ago

The fight on Friday night in Sweden for Rita Mrwebi, the 34-year-old homeless mother of a 14-year-old, is about survival. She says she was kicked out ...
Sport
2 months ago

Duduzane Zuma has been bitten by the boxing bug and he wants no cure. He confessed in an exclusive interview with Sowetan in Pietermaritzburg where ...
Sport
2 months ago
Next Article