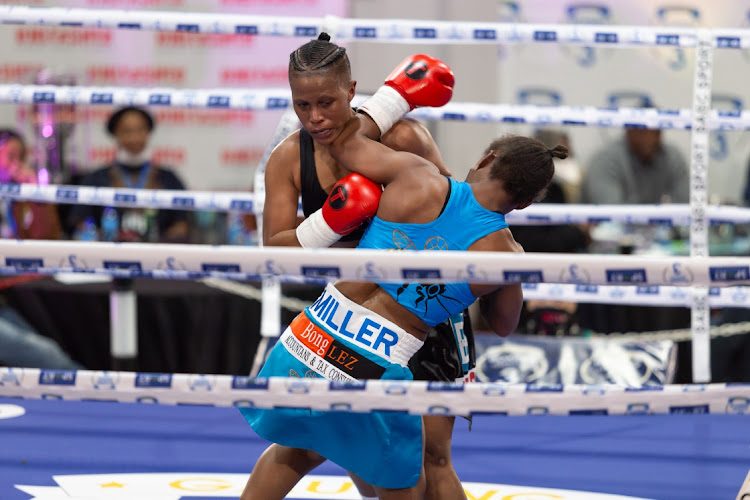 Box-and-dine has become a fashionable concept in SA boxing. It started about 30 years ago as part of development tournaments and has completely changed the face of boxing by introducing a new fan who wears gowns and tuxedos.

A three-course meal is part of the deal. This will be the case on Saturday afternoon at Olive Convention Centre in Durban where promoter Zandile Malinga will stage a women-only tournament in honour of late social and political activist and religious leader Charlotte Maxeke, who died in the 1930s.

Malinga has prepared 13 tables of six to maintain social distancing. Those tickets are not for sale, though, she clarified.

They are reserved for her distinguished guests because she wants Maxeke to be celebrated with class and elegance. “I mean, who she was and she still is, is what some of us aspire to be,” she said. “Her life was remarkable... the first black African woman to graduate with a university degree in SA outside home.”

Malinga has been around for a while as a boxing promoter, but her most notable tournament was the 2016 international title fight between WBF junior-middleweight champion Noni Tenge and Szilvia Szabados at Durban’s ICC Hall. It was also a box-and-dine affair. Tenge outclassed the Hungarian over 10 rounds.

She said action will begin at 2pm.

Promoter Tshele Kometsi says the Gauteng Boxing Promoters Association is excited to have Zolani “Last Born” Tete on board for a tournament penciled ...
Sport
5 months ago

It was one of those bittersweet weekends for the fight fraternity in SA.
Sport
5 months ago

The township of Lamontville in Durban will get its first professional boxing tournament.
Sport
6 months ago
Next Article