‘No Love Lost’ tournament goes ahead 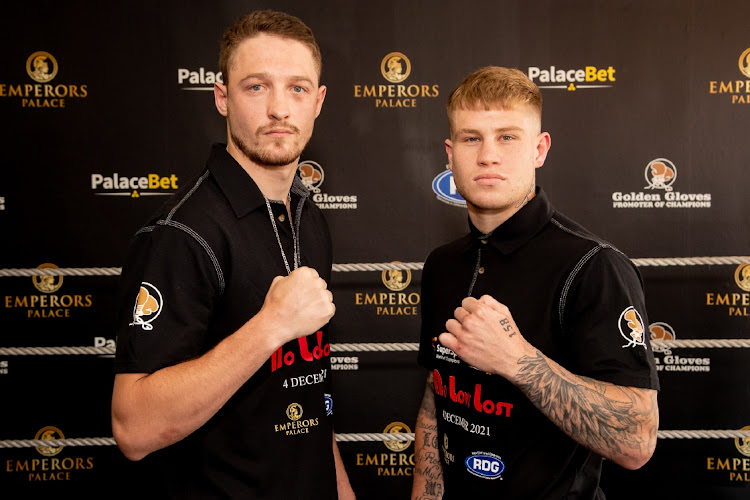 Fight fans can breathe a sigh of relief for now because they are still permitted to attend boxing matches. There was fear that President Cyril Ramaphosa might take the country to a level that necessitates that the number of people permitted indoor and outdoor is either reduced or abolished completely.

That fear was informed by growing numbers of Covid-19 positive cases. Boxing has been directly affected. Positive cases forced the cancellation of TLB Promotions’  tournament, which would have taken place in Midrand on Sunday.

The same happened to Golden Gloves but luckily for them so far only one positive case has been confirmed. The tournament “No Love Lost” is going ahead as planned on Saturday night at Emperors Palace. It is a box-and-dine affair with a three-course meal guaranteed.

“We sent in Brandon for Covid-19 test and it came positive,” said Ellis before adding that Thysse’s trainers Damien Durandt and Adson Kazembe also tested positive.

“We have since brought in Cristiano Ndombassy, who will take on Knapp but for the WBA Pan African middleweight title,” said Ellis. Ndombassy is from Angola but is based in the Western Cape where his career is guided by veteran trainer Emille Brice.

Shervontaigh Koopman, Ricardo Malajika and Phikelelani Khumalo will also be in action on the night. Koopman and Henrique Lando from Angola will fight for the IBF Continental Africa junior middleweight vacant belt over 10 rounds while Maljika and Sabelo Ngebinyana will do battle for the WBA Pan African junior bantamweight title. Their rematch is also scheduled for 10 rounds.

Khumalo, a promising newcomer, will take on Thembani Mhlanga over six rounds in the middleweight division.

Azinga Fuzile's trainer Mzamo “Chief" Njekanye says the boxer's loss in a world title challenge at the weekend is a learning experience that will ...
Sport
5 months ago

The township of Lamontville in Durban will get its first professional boxing tournament.
Sport
5 months ago

Zolani Tete will make his comeback on December 12 at Booysens Hall in Johannesburg. This was announced yesterday by the former world champion’s ...
Sport
5 months ago
Next Article