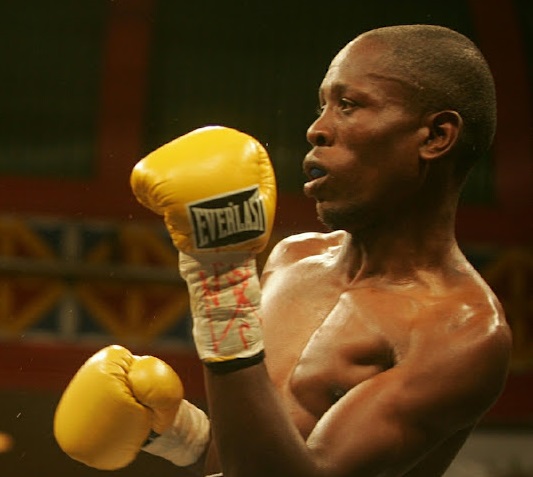 Vibrant boxing manager Vus’Umuzi Malinga is breathing a sigh of relief and feels vindicated for lodging a formal complaint with Boxing SA (BSA) after his boxer was pulled by his pants in a SA title fight in East London.

BSA heeded his request for the fight to be reviewed and appointed neutral judges to look at it. They scored it in favour of Malinga’s charge Mpumelelo Tshabalala, who was and still remains adjudged to be a loser against defending junior-flyweight holder Sphamandla Baleni.

“Justice has been served,” said the former pro boxer from Katlehong in Ekurhuleni. “We are very happy about the outcome of the review. The only sad thing, though, is that the result still reflects as a loss in Mpumelelo’s record. But at the end of the day justice has been served and we are vindicated.”

The fight took place at East London’s ICC on October 1. Baleni, from Mthatha, retained the national belt by a majority points decision, which simply means that two of the three judges voted him as victor.

BSA explained that the review outcome did not imply, nor should it be interpreted as an indication of incorrect scoring by the judges. But the governing body’s sanctioning committee has ordered a rematch and has instructed the two camps to negotiate.

Baleni has a date with IBO mini-flyweight holder Ayanda Ndulani on Sunday afternoon. Their fight will take place at the same ICC where promoter Linda Saliwa will stage his second tournament since he acquired a licence under Xaba Boxing Academy.

In the event Baleni ends Ndulani’s reign, he will then vacate the SA junior-flyweight title. Tshabalala and the next available contender will be sanctioned to fight for the vacant domestic belt.

A source revealed that another panel of neutral judges has ruled in favour of Asanda Gingqi as the deserving SA featherweight champion. He defeated Abdul-Aziz Kurnet on September 9. That fight was also under review after Kurnet’s camp, headed by Colin Nathan, lodged a formal complaint. The source said all three judges scored that fight in favour of the Mdantsane fighter who met Johannesburg-based Capetonian Kurnet at Booysens Hall, south of Johannesburg.

This is the third time BSA had to go this route. The first time was for the SA bantamweight title fight between defending champion Melissa Miller and Sharadene Fortuin in August. The authorities called for a rematch. Zandile Malinga of Starline Boxing Promotion will stage it at Victoria Mxenge Hall in Umlazi, Durban, on December 4.

Legendary Dingaan Thobela – a retired two-weight world boxing champion  – is disappointed by the deafening silence from the government in not ...
Sport
1 month ago

Trainer Sean Smith has cleared up the mystery that was caused last week by the WBC in its statement quoting president Mauricio Sulaiman saying his ...
Sport
1 month ago

Veteran promoter Obed Molekwa will make a comeback on December 12 and his tournament, under new promotional company Soweto Boxing Promotion, will ...
Sport
2 months ago

In 2018, Boxing SA stated that it was working on a comprehensive life cover for licensed boxers that will cover their income protection and ...
Sport
2 months ago
Next Article