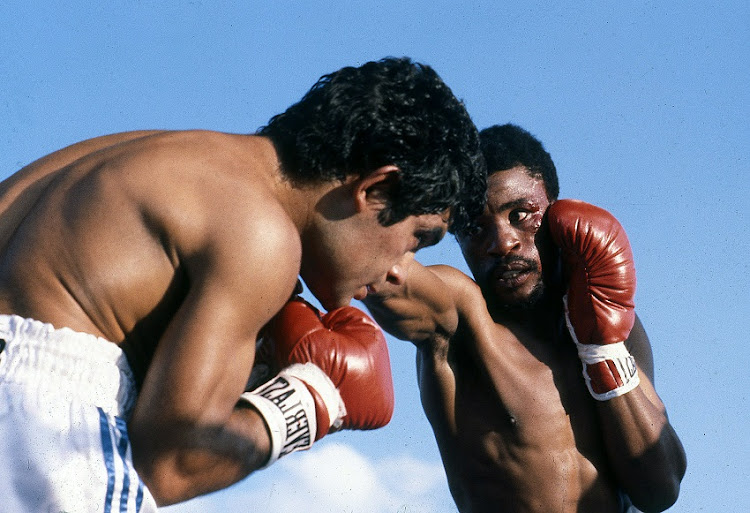 Tomorrow marks 41 years since Peter “Terror” Mathebula made history when the pocket-sized former SA flyweight champion from the dusty streets of Mohlakeng, Randfontein in the West Rand, scribbled his name in the history books by becoming the first black fighter to win a world title.

Mathebula, who turned professional in 1971 when black and white boxers were not allowed to fight against each other in SA, became the WBA champion after defeating Korean Tae Shik Kim on points after 15 rounds at the Olympic Auditorium in Los Angeles on November 13. The venue was preferred on the basis that it was neutral. The fight was Mathebula’s first fight outside SA.

Mathebula became a household name, and was even acknowledged by some Afrikaans newspapers that had supported the apartheid government. For a brief moment a black man was a hero among white people. He told Sowetan a few years ago that he had earned $7,500 for that fight.

Sadly, his reign was short-lived as he lost the title in 1981 to Argentinian Santos Laciar who stopped Mathebula in round seven at Orlando Stadium.

Mathebula retired from the sport at a relatively young age – 31 – three years after his world title win. In 45 professional fights, he won 36 times and lost nine. Mathebula died at the age of 67 on January 19 last year.

Xolisani “Nomeva” Ndongeni is still bleeding from the wound inflicted on him in the defeat by unfancied Sibusiso “Prince” Dlomo, who knocked him out ...
Sport
3 weeks ago

It is factually incorrect for boxing people to distort the truth and instead misinform the fight fraternity with lies that end up hurting both the ...
Sport
3 weeks ago

SA’s rich history with the International Boxing Federation (IBF) junior-lightweight boxing title should stimulate Azinga Fuzile in his quest to ...
Sport
3 weeks ago

History in the local female boxing will be made on December 4 when a national title fight will be contested after a review panel of judges scored it ...
Sport
3 weeks ago
Next Article