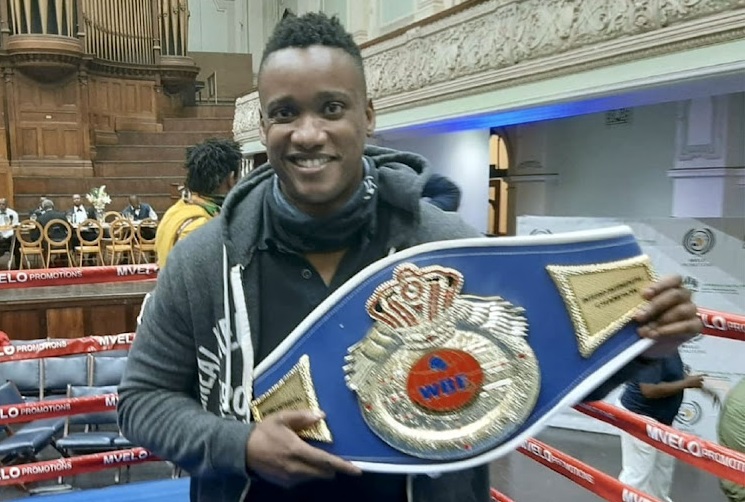 Duduzane Zuma with a WBF belt inside a boxing ring in Pietermaritzburg.
Image: Nomvelo Shezi

Duduzane Zuma has been bitten by the boxing bug and he wants no cure. He confessed in an exclusive interview with Sowetan in Pietermaritzburg where he attended Mvelo Promotions tournament at the Civic Hall that he is “very passionate" about boxing.

Zuma was rumoured to be preparing for a celebrity fight after he was seen working on a punching bag. Zuma – who revealed that his father and former president Jacob Zuma is the one who introduced him to the fisticuffs sport – flatly denied that he was preparing to test his fighting prowess inside a boxing ring.

“You know there are three things that my father requested of me at a very young age. I will not mention the first one, but the second one is that I must not own and a ride a motorcycle. But I have done that; I own a motorcycle and I belong to a riding club,” he said.

“The other one was that I must not fight in a ring, be it in an amateur or professional ring, or anywhere. I have not done that. It is one of those three requests that I will respect; even from an exhibition perspective, as long as he is still around I would not want him to say that I have gone against my promise. So, at this point no physical involvement in a ring or anywhere for me.”

Asked if he aspires to be a boxing promoter one day, Zuma made it clear that it not his focus area of business.

“But anything that I can do from a personal level, anything to grow the sport. But not about setting up a promotion company, just the awareness and marketing of it – I am 100 percent there; I have been doing it and I will continue doing it,” he said.

Zuma said he’s had the pleasure of training and sparring with some professional boxers under trainer Nick Durandt and also at Colin Nathan’s gym.

“It has helped me to develop any [boxing] skill that I have. It’s been fun; you know sparring with many boxers has taught me that you cannot afford to take your eye off the prize. You blink, you lay flat on the canvas. I'm still am learning, I am a student of the game,” he said before adding that people who regard boxing as promotion of professional violence have got it all wrong.

Former and present SA boxing champions who were owed championship belts could celebrate Christmas with Boxing SA’s belts wrapped around their waists, ...
Sport
6 months ago

Khensamahosi Makondo could have boxed himself into contention for the SA junior middleweight title when the hard-hitter from Malamulele flummoxed ...
Sport
6 months ago

Award-winning boxing manager Colin “Nomakanjani” Nathan has outdone himself by not only successfully negotiating that Azinga Fuzile fight for the ...
Sport
6 months ago