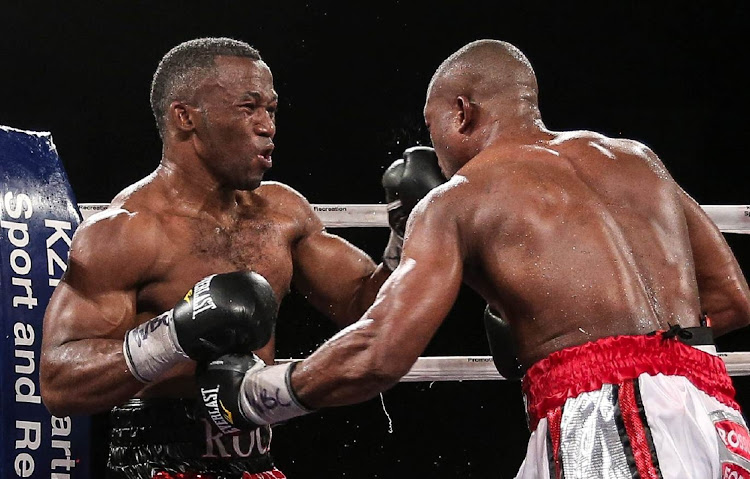 The rich history of African boxing will be rewritten when the continent’s left-handers Ilunga Makabu and Thabiso Mchunu oppose each other for the WBC belt in December.

There has never been such since the Mexico-based sanctioning body was founded in 1963. There have been WBC title fights featuring Africans, but fighters who are still based here against those who relocated to other countries.

Makabu, from Kananga in Congo, is trained in SA by Damien Durandt. He holds the cruiserweight belt that will be at stake against Mchunu from KwaXimba, Cato Ridge in Pietermaritzburg. They will meet for the second time. Makabu won their first fight by a stoppage in the 10th round in Durban.

But Makabu’s American promoter Don King has not announced the date and venue for the fight. King staged the historic Rumble in the Jungle heavyweight world title fight on October 30 1974 in front of 60,000 fans at the 20th May Stadium in Kinshasa. That is where Muhamad Ali dethroned world heavyweight defending champion and American compatriot George Foreman with a stoppage in the eighth round.

Makabu won the cruiserweight belt last year at Temporary Arena in Congo, on his second attempt. He failed in his first attempt in 2016 in England. His first defence was against Olanrewaju Duradola at Studio Mama Angebi in Congo where he stopped Duradola in the seventh round. Duradola – who was defeated by Mchunu for the North American Boxing Federation belt in the US in 2014 – is a Nigerian who made his pro debut in the US in 2011. He has lived there since.

Mchunu is already in camp in Johannesburg with trainer Sean Smith.

“I am very happy for this opportunity,” said Mchunu, whose victory in winning the WBC silver belt as well as his successful defence in March qualified him to challenge Makabu. “This is the biggest title that every boxers wants to win and I am bringing it home. I know who I am fighting, I know what to expect and I also know which buttons to press.”

Mchunu was miles ahead in their first fight until he ran out of steam from round eight.

The WBF Intercontinental title that Thato “Captain Charisma” Bonokoane won last weekend is a marginal title but to the newly crowned champion and his ...
Sport
2 months ago

The Gauteng Provincial Boxing Promoters Association will enforce lockdown regulations at Booysens Hall where its member Nomakhosi Maboya will ...
Sport
2 months ago

Marcus “King Labamba” Lebogo finally has a crown. His deserved unanimous points win after one-sided 10 rounds against Sbonelo Nzimande at the weekend ...
Sport
2 months ago

Luthando Jack is a man of honour. Jack and his six colleagues were appointed as BSA's board in December last year with a term ending in 2023.
Sport
2 months ago
Next Article