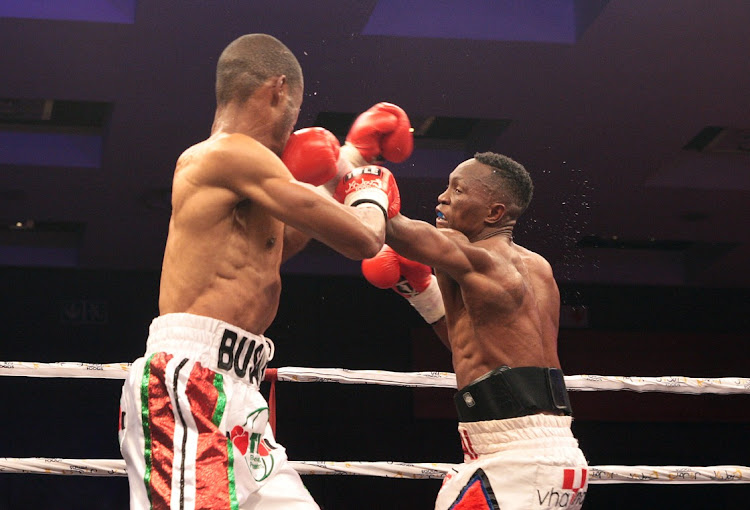 The Gauteng Provincial Boxing Promoters Association will enforce lockdown regulations at Booysens Hall where its member Nomakhosi Maboya will organise what she termed the “Hot Summer Knockout” tournament on Sunday afternoon.

One of the regulations is regarding the number of fans. The tournament will be the first in Gauteng to welcome fans since March last year.

The government announced early this month that a maximum of 750 spectators are allowed at indoor venues and a maximum of 2,000 people at outdoor venues. The revamped Booysens Gym is too small to accommodate 750 people.

“In order to make sure that we don’t exceed that number, we have made an arrangement that tickets are sold on the web only. There will be no tickets sold at the door,” said Maboya, who is a member of the provincial promoters’ structure’s disciplinary committee.

“We have only 200 tickets for sale and they sell at R50 each. Doors close for TV broadcasting at 2.15pm. Normal procedures of lockdown protocols... will be adhered to.”

Regarding what to expect from all fighters on the card, she said the evenness in the matching by Abbey Mnisi is such that all fights have the potential to produce a stunning knockout.

Tshifhiwa “Atomic Spider” Munyai will make the mandatory defence of the SA lightweight title against mandatory challenger Sanele “Tornado” Msimango in the main bout. Munyai has had 40 fights – winning 33 and knocking out 19 of his victims, with six losses.

Msimango, from Ntshanga in Cato Ridge, Pietermaritzburg, is rated No1 in BSA’s recent rankings. He is expected to make use of this first opportunity to challenge for national honours, having been a boxer since 2011. He has eight knockout wins against three losses.

Siphiwe Lusizi, a 2012 Olympian, makes a return to the ring against Khensamahosi Makondo over eight rounds in the junior-middleweight division. Lusizi, from Mdantsane, last fought in 2016. The tournament features boxers from Gauteng, Limpopo, KwaZulu-Natal, East London and Gqeberha.

Marcus “King Labamba” Lebogo finally has a crown. His deserved unanimous points win after one-sided 10 rounds against Sbonelo Nzimande at the weekend ...
Sport
3 months ago

Luthando Jack is a man of honour. Jack and his six colleagues were appointed as BSA's board in December last year with a term ending in 2023.
Sport
3 months ago

Confidence in someone outperforming the other can be proven in more ways than one. But successful boxing trainer Damien Durandt has instead ...
Sport
3 months ago

Young boxing promoter Cyril “The Black Chinese” Lehong’s cancellation of Sunday’s international tournament at Booysens Hall has opened him up to ...
Sport
3 months ago
Next Article