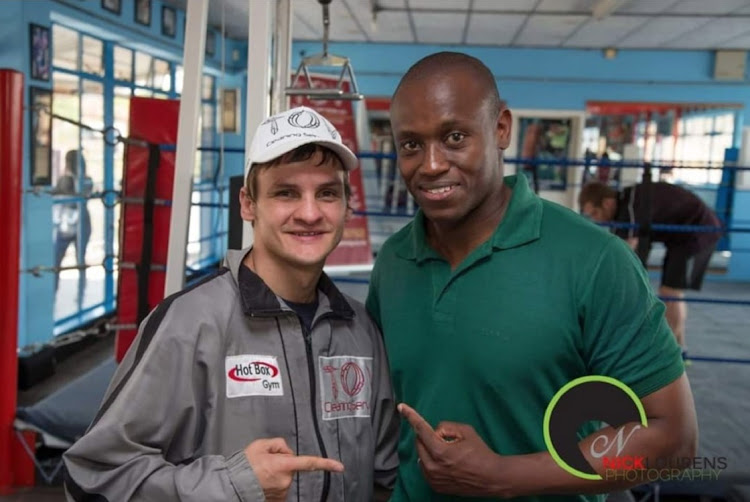 Young boxing promoter Cyril “The Black Chinese” Lehong’s cancellation of Sunday’s international tournament at Booysens Hall has opened him up to criticism.

Critics had been on his case since May when his Uppercut Promotions staged its first tournament at the same Johannesburg venue. The first tournament was an international event headlined by accomplished former multiple weight world champion Hekkie “Hexecutioner” Budler against Jonathan Almacen.

Budler does not come cheap. Lehong’s critics were taken aback by his ability to meet all the financial requirements, which involved flying in and accommodating Almacen and his team, and still be able to meet the expenses of the costly bio-bubble.

He even paid Simpiwe “Larhastile” Konkco 10% of his six-figure purse without him lacing up his gloves. The general insinuation was that Lehong was just a face and that someone was using him as a front.

When confronted about these allegations, Lehong said: “I am actually surprised that there are such allegations. I am quite shocked that people have suggested that. I put everything from the first tournament, putting myself on the line. What I can say, though, is that I do have a business partner who has nothing to do with boxing. He is involved in constructions.”

The greenhorn in the promotion of boxing got everything right, and actually organised a successful tournament. But he has dropped the ball this time around.

Lehong insists that his failure to secure television coverage forced his main sponsor out, so he had no choice but to cancel the tournament.

“I take full responsibility,” he said. “I should have waited until television was secured. Sponsors had confirmed that they were on board and the broadcaster was there. It’s just that one signature from the broadcaster that we needed and did not come.”

Lehong would not reveal who the broadcaster was.

He had already paid the sanctioning fee for the WBO International junior-welterweight belt that was to be contested by Hedda “The Shredder” Wolmarans and Zimbabwean Chiedza Hamakoma. Lehong is now sitting with that female belt. He must still deposit the 10% purses for all fights on his card with Boxing SA.

Thato Bonokoane’s last boxing fight on January 23 was for the WBO Oriental junior-lightweight title. He lost by a ninth-round stoppage to Asrov ...
Sport
3 months ago

Shezi raises the stakes as a promoter

Being unable to win a SA boxing title did not kill the genuine love Nomvelo “Perfect” Shezi had for the fistic sport but instead it encouraged her to ...
Sport
3 months ago

Boxing SA has confirmed on Monday that fans can return to arenas for matches.
Sport
3 months ago
Next Article