Shezi raises the stakes as a promoter 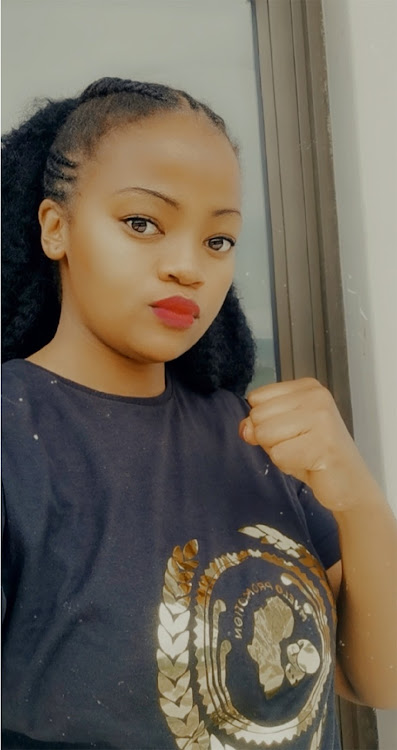 Being unable to win a SA boxing title did not kill the genuine love Nomvelo “Perfect” Shezi had for the fistic sport but instead it encouraged her to go a step further.

She is now a boxing promoter who has already made an impression by staging four tournaments in her home town of KwaZulu-Natal. Her Nomvelo Promotions will make an introduction to the international arena this weekend.

Shezi – whose career as a fighter was guided by trainer Alex Mchunu in KwaXimba in Pietermaritzburg – will organise a tournament that will be headlined by two international title fights – the ABU SADC and WBF All Africa – at City Hall in Pietermaritzburg on Sunday.

Marcus Lebogo from Tembisa and Sbonelo Nzimande from Empangeni will headline Shezi’s tournament for the SADC title while Thato Bonokoane from Kagiso, and Tholumusa Ngema, will do battle for the WBF “B” grade belt. These title are vacant and will be contested over 10 rounds.

Ngema from Esikhawini in KwaZulu-Natal is the former WBF International champion. He lost his belt in the boardrooms last year because he could not defend his title within the specified period.

Lebogo, who failed to win the SA junior welterweight belt from Xolani Mcotheli in 2019, last fought on June 26 when the Damien Durandt-trained boxer defeated Xolani Mgidi on points in their non-title fight in Soweto.

On the other hand, Nzimande last donned boxing gloves competitively in March when he outpointed Humbulani Netshamutshedzi also in a non-title fight in Eshowe. Nzimande is on four-fight winning streak since he lost to Tristan Trutter in 2018.

Shezi has included a female bout in her card with the help of the KwaZulu-Natal government. Former top amateur Nomusa Ngema from KwaMashu will make her professional debut against Lufuno Mutshayi over four rounds.

“This is not going to be easy to any of the winners in the two title fights; all four boxers are potential champions,” said Shezi. “Actually, the match-up goes to prove one thing ... and that is to be the best, beat the best. Local boxers Tholumusa and Sbonelo will not enjoy any territorial advantage; they will be required to fight hard to win just like their opponents from Gauteng. These are the type of fights that would have fans on their toes from start to finish.’

“Promoters, among other things, must ensure that a security company is appointed for the event and that security personnel is present at the venue.

"It will also be a requirement to ensure that all venues used to host tournaments have suitable facilities as outlined in the Boxing Regulations and are compliant to the safety at Sports and Recreational Events Act (SASREA) requirements,” said acting CEO Cindy Nkomo.

TLB Promotions has started cooking up a storm of a boxing feast which promoter Joyce Kungwane says will be dished out to fans during the festive ...
Sport
3 months ago

The Boxing SA (BSA) board has accepted Cindy Nkomo’s resignation as its director of operations and acting CEO but persuaded her to stay on until the ...
Sport
3 months ago

Cindy Nkomo’s resignation as director of operations and acting CEO of Boxing SA is a huge loss for boxing in terms of administration, says CEO of ...
Sport
3 months ago
Next Article