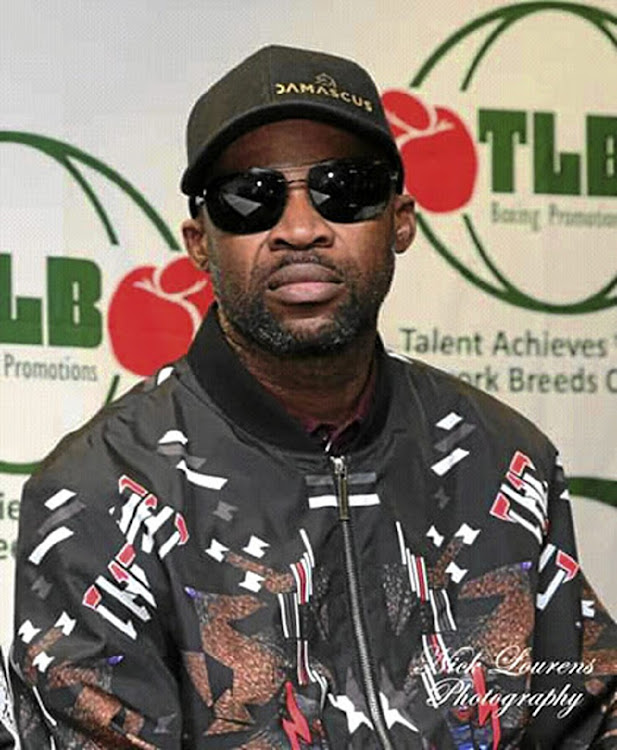 Boxing manager and promoter Patrick Bonyeme is confident that his corner will emerge victorious.
Image: Supplied

Doubting Thomasses who described Patrick Bonyeme as a fantasist when he boldly said  Youssof “The Terrible One” Mwanza would beat the favourite Thomas “Tommy Gun” Oosthuizen in their eight-rounder at Music World Parkview in Pretoria on Saturday will leave that arena ridiculed.

That is the warning from Bonyeme, who manages the career of Mwanza. They are homies from Congo but are based in SA, where Bonyeme owns a gym. The boxers are trained by John Tshabalala and Bobo Mata, who will be opposing Harry Ramogoadi and Sechaba Mabuya in Oosthuizen’s corner. This fight will headline the 5th Elements tournament.

Bonyeme makes light of Oosthuizen’s vast experience and supreme fighting skills. "There is a difference between making a prediction and saying it as is. I am saying we will beat Tommy,” he said straight up. “It is not like I don’t know who we are fighting. We called him out as far back as July but our fight, which was supposed to take place in Mpumalanga, was cancelled due to lockdown. Thank God here we are. Those skeptics will get their answers.”

If fight records are anything to go by, the left-handed former IBO youth and world, and WBA Pan African super-middleweight champion should overwhelm Mwanza in every department. But Oosthuizen could be ring rusty as his last fight was in 2019.

Mwanza has 13 fights, eight wins, four losses and a draw. “Whether people believe or not that Youssof can beat Tommy is none of my business,” said an agitated Bonyeme. "We called him out because he knows how to beat him. He’s a good boxer and we know that but we also know his weaknesses and we will expose him.”

Mwanza showed character and durability in 2018 when he lost on points over 10 rounds to Akani Phuzi for the WBA Pan African cruiserweight belt in Randburg.

Bonyeme’s other charge, Hendrick Lando, will be in action against Linda Ntshingila in the junior-middleweight division over eight rounds, while Rita Mrwebi will take on Rushda Mallick in a female middleweight contest over six rounds. Action will begin at 4pm.

September 18 has been confirmed by boxing promoter Janie Hebler as the date for the return to the ring of the country’s super talented former ...
Sport
4 months ago
Next Article