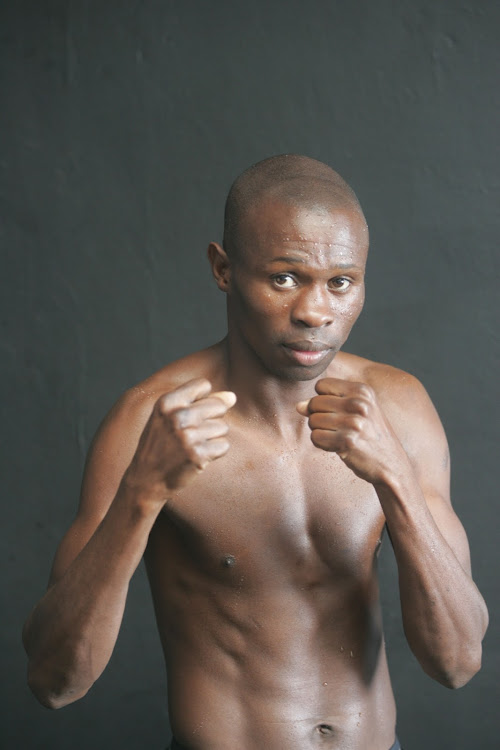 This comes a few months after Hlabane’s assistant Lehlohonolo Ledwaba passed on.

Hlabane and Ledwaba’s boxers are promoted by TLB Promotion. Ledwaba, Jan Bergman, Dingaan Thobela and Joyce Kungwane started it but Bergman and Thobela later pulled out, leaving Ledwaba and Kungwane to continue with the promotion of fights.

They were yet to produce a national champion. Their Gauteng lightweight champ, Khaya Busakwe, was unsuccessful in his attempt to dethrone SA champ Tshifhiwa Munyai in May.

Ledwaba passed away in May and Hlabane – well over 70 – needed someone to assist him. He went for Mukondeleli, who has done well in his short time as a trainer, and that includes helping Sibusiso “Prince” Dlomo to win the domestic junior-welterweight belt in March.

Mukondeleli began honing the skills of fighters as the assistant to successful trainer Bernie Pailman. Pailman had trained Mukondeleli as a boxer until his last match in 2016.

“Yes, it is true that I train boxers together with Baba Hlabane,” confirmed Mukondeleli yesterday. “Joyce and Baba Hlabane approached me, but separately. I am excited. I think I have done well for myself to get such recognition.”

Mukondeleli will be barking instructions in the corner when Dlomo puts his belt on the line against Siseko “Majayivane” Makeleni in the main event of the Gauteng Boxing Promoters Association's tournament at Booysens Hall on September 26 – a day after being hard at work when his other charge, SA lightweight champion Ndobayini Kholosa, defends against Bonita van Jaarsveldt at Meropa Casino in Polokwane. TLB Promotion will organise a women-only tournament and this fight will headline the card.

Mukondeleli described Kholosa as a very good boxer with a sharp boxing mind.

“I have not worked that long with Kholosa but I am excited about her work ethic,” he said.

Van Jaarsveldt is coming off a fifth-round stoppage loss to Matshidiso Mokebisi in Kungwane’s tournament in Soweto in June.

Former SA and WBF bantamweight champion Bukiwe Nonina will make a comeback after being inactive for two years. She will face Ntomboqala Ntolashe over eight rounds while SA junior-flyweight champion Nozwelethu Mathonsi will be involved in a non-title fight with Halima Vunjabei from Tanzania over eight rounds. Raider Muleba and Zimbabwean Cecilia Pitasini will meet over six rounds. Bathabile Ziqubu and Lufhuno Mutshayi will do battle over six rounds with Lily Molala taking on Razel Mohamed over four rounds.

Boxing is still complicated and dogged by the politics and infighting of the sport’s numerous sanctioning bodies.
Sport
1 week ago

The recent return of live boxing on SABC has brought some spark to the sport and chairman of the Gauteng Boxing Promoters Association (GBPA), Tshele ...
Sport
1 week ago

Veteran Hezekiel Mtshali has played many roles in SA boxing over the years but it is spotting talent that makes the 78-year-old’s heart somersault ...
Sport
1 week ago

Boxing SA should incentivise boxers who fight for the SA title. That is simply because their attitude shows how much they love their country when ...
Sport
2 weeks ago
Next Article