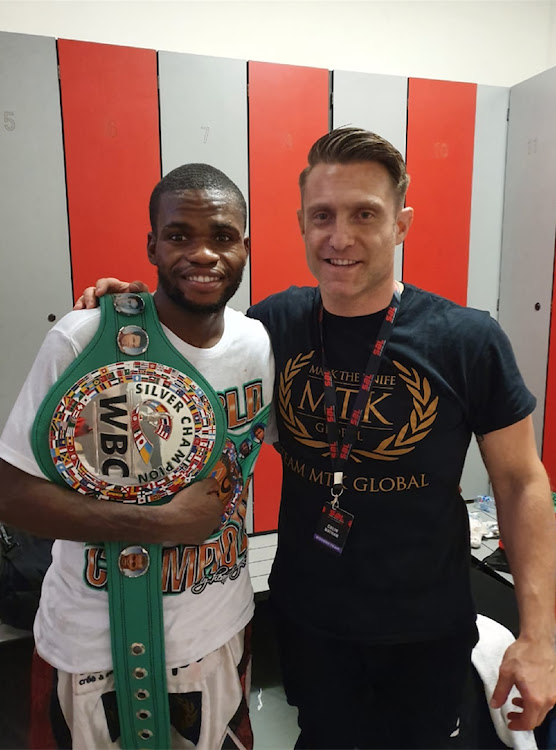 Boxing is still complicated and dogged by the politics and infighting of the sport’s numerous sanctioning bodies.

If they can take a world title away from “The Greatest” Muhammad Ali for refusing to be drafted into the American armed forces during the Vietnam War in 1967, no-one is puzzled by the WBC’s decision to strip Lerato “Lights Out” Dlamini of the Silver featherweight belt.

The reason communicated to the boxer and his trainer Colin “Nomakanjani” Nathan is that the Johannesburg-based Free Stater has not defended since winning the belt in 2019 by defeating Dave Penalosa in Saudi Arabia.

But it is not the boxer’s responsibility alone to make sure that the title is active; sanctioning bodies must also play their role as they benefit through sanctioning fees.

Asked how this made him feel, Dlamini said: “I must say that when one door closes, the other opens. I am continuing with my dream of winning a world title but this time through the IBF route.”

Nathan – who enjoys a cordial relationship with the hierarchy of that New York-based sanctioning body, which has had ties with SA since 1995 when Francois “White Buffalo” Botha won the heavyweight belt against Axel Schultz – could only say: “There is hard work behind the scenes.”

It is understood that there is a move to get Dlamini a top five rating in the IBF featherweight division.

Rumble Africa Promotion intended staging Dlamini’s defence in Gqeberha on April 24 but they just could not raise what CEO Nomfesane Nyatela described as an exorbitant sanctioning fee. Dlamini ended up getting involved in a non-title fight, which he won against Zimbabwean Hassan Milanzi.

Dlamini added: “Thinking about it, you know, I have previously won three titles – the IBF Youth, WBC International and WBF All Africa – and I never defended them not even once. I vacated them.”

Dlamini did himself a favour rather than go through the pain of being stripped. He has never had a promoter dedicated to him. He has fought under Dream Team, TK Promotions, Xaba Promotion and Golden Gloves.

Dlamini is fortunate that he does not have a wife and children to fend for. “I am grateful to have a sponsor like Ice Tropez who have been looking out for me since 2016. They are helping me with money to buy food and pay rent.”

The recent return of live boxing on SABC has brought some spark to the sport and chairman of the Gauteng Boxing Promoters Association (GBPA), Tshele ...
Sport
2 weeks ago

Boxing SA should incentivise boxers who fight for the SA title. That is simply because their attitude shows how much they love their country when ...
Sport
2 weeks ago

Yesterday marked a day where SA made gigantic strides in boxing by hosting a WBC title fight at Carnival City in Brakpan in 2000.
Sport
2 weeks ago
Next Article