SA champ to defend against No 1 contender Makeleni 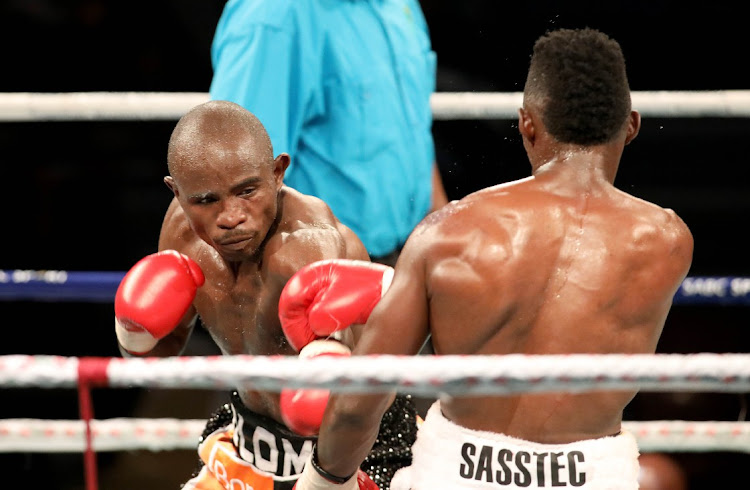 Sibusiso “Prince” Dlomo – whose unimpressive CV of 11 losses against 10 wins confirmed him to be a journeyman – now commands respect even from his detractors, who address him as “champ”.

That is due to perseverance, which enabled him to win the SA junior welterweight boxing title in March. The 33-year-old champion from Mzimhlophe in Soweto will make his mandatory defence against No 1 contender Siseko Makeleni at Booysens Hall, Johannesburg, on September 26.

Dlomo will for the first time since 2011 be the last man to get into the ring. That is the honour bestowed on defending champions.

Dlomo won the national title from Mthatha-born and East London-based Xolani Mcotheli in March and will defend it against Makeleni from Mdantsane in Eastern Cape.

Dlomo was driven by hunger and the desire to win a SA title, especially after missing out on the lightweight belt which was on his fingertips against defending champion Thompson Mokwana.

Taken as a stepping stone for Xolisani Ndongeni – who was rebuilding himself after losing to American Devin Haney – the supposed corpse was very much alive as Dlomo knocked out Ndongeni in the sixth round in October last year.

That win boosted Dlomo’s confidence and he followed up with a points win over Mcotheli. That was Dlomo’s second fight under new trainer Charity Mukondeleli. His 12-rounder against Makeleni will headline the eight-fight card put together by matchmaker Abbey Mnisi on behalf of the Gauteng Boxing Promoters Association.

Asked about how Dlomo is handling his fame, Mukondeleli said: “He’s handling it very well and his confidence has improved a lot. There is no doubt that we will retain the title but it’s gonna be war because Makeleni is a spoiler.”

The upcoming tournament will be televised live by SABC from 2pm.

Veteran Hezekiel Mtshali has played many roles in South African boxing over the years, but it is the ability to spot talent that makes the ...
Sport
8 months ago

September 18 has been confirmed by boxing promoter Janie Hebler as the date for the return to the ring of the country’s super talented former ...
Sport
8 months ago

Abdul-Aziz Kunert’s dream of becoming a South African boxing champion has literally come into fruition except for one final hurdle and that is for ...
Sport
8 months ago
Next Article