Ex-convict to hear if he can contest for SA title 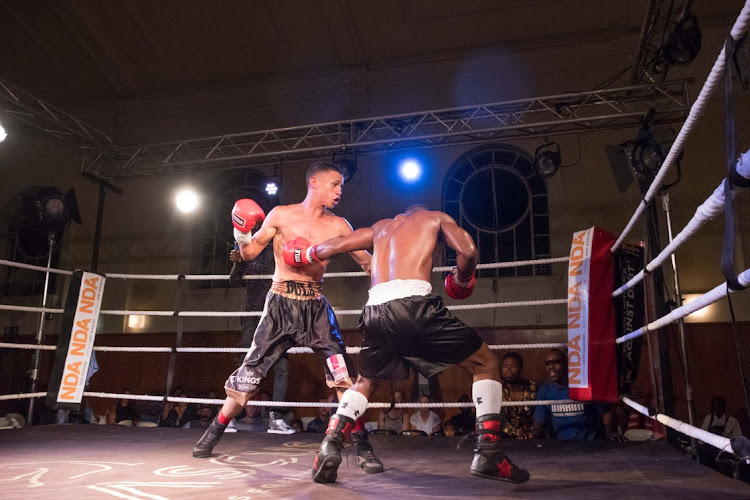 Abdul-Aziz Kunert’s dream of becoming a South African boxing champion has literally come into fruition except for one final hurdle and that is for Boxing SA’s sanctioning committee to clear the way for him to challenge for the vacant SA featherweight belt.

If it's sanctioned as proposed by Gauteng Boxing Promoters Association (GPBA), Kunert will contest the vacant title against Asanda Gingqi.

Kunert is ranked at No 2 while placed Gingqi is fourth. Both prospects are unbeaten. Kunert has stopped only two of his 10 opponents while Gingqi has registered five knockouts in six wins.

GBPA intends to add this bout in its tournament scheduled for September 26 at Booysens Hall, southern Johannesburg, where Prince Dlomo will put the SA junior welterweight belt on line against Siseko Makeleni in the main fight of a tournament that will be televised live by SABC from 2pm.

Contracts have already been signed and forwarded to Boxing SA. The remaining hurdle is for the sanctioning committee to give a go ahead to the organisers to include it in the tournament.

Kunert is from the Western Cape, but is now based in Johannesburg where his career is guided by manager Colin Nathan. Gingqi, 28, from Mdantsane is trained at home by Spokes Witbooi.

Kunert, 26, is a reformed ex-convict whose wayward life landed him in jail for murder in 2014. He was serving 12 years and was released in 2017 for good behaviour and joined the stable of veteran trainer Emille Brice in Cape Town. The boxer bolted and confirmed to have teamed up with Johannesburg-based Nathan in January.

Kunert began boxing from behind bars. His biggest win was when he badly knocked out experienced former WBF Intercontinental and IBO International bantamweight champion Mfusi Mxhayi in two rounds on December 14 in 2019.

Like American Bernard Hopkins, who discovered his passion for boxing after serving time for mugging, Kunert wants to use the sport as his way out poverty. Hopkins, then 17, was sentenced to jail for 18 years. He served five years and was released in in 1988. He boxed professionally with huge success, winning multiple world titles in two weight division and retired at the age of 50. He is a promoter today. Kunert is married with a two-year-old son.

Trainer Bruno Pereira has urged Boxing SA to reinstate Sabelo Ngebinyana as the SA junior-bantamweight champion because the title is still vacant.
Sport
10 months ago

It has been a year since Boxing SA director of operations Cindy Nkomo took over as CEO but in an acting capacity after Tsholofelo Lejaka resigned ...
Sport
10 months ago

Sabelo Ngebinyana’s request to Boxing SA for reinstatement as the SA junior-bantamweight champion was unsuccessful, the regulator has confirmed.
Sport
10 months ago

Dlomo v Makeleni bout promises to be an exciting bill

Siseko Makeleni’s wishes to become the pride of South African boxing has finally come to fruition. Rated No.1 by Boxing SA’s (BSA) in July rankings, ...
Sport
10 months ago
Next Article