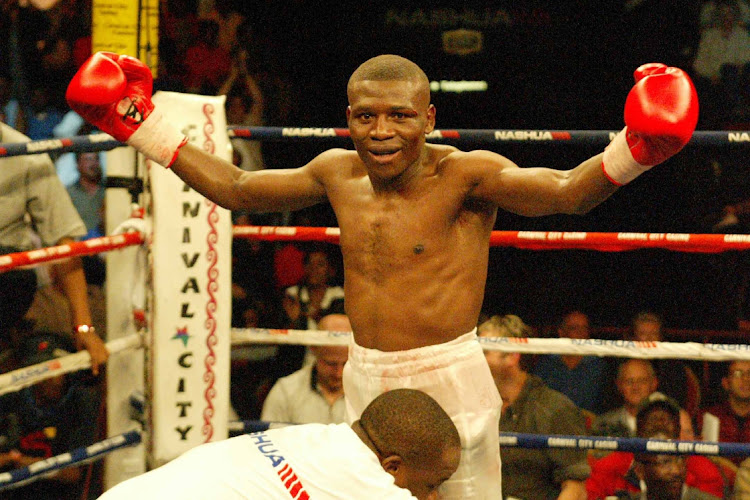 SA celebrates August 9, which is recognised as Women’s Day due to what some 20,000 iconic women did on this day in 1956.

They risked their lives by marching to the Union Buildings to petition against the country’s pass laws. Acting in such a way against that vicious government was suicidal, but they did it because they were prepared to die for a just cause. They achieved their goal and that very apartheid government eventually declared that day Women's Day, and it is for their bravery and resilience that women are celebrated throughout the month here.

How about extending that patriotism to few men who became world boxing champions during this month. One such boxer is Vuyani “The Beast” Bungu, who won the IBF junior featherweight boxing belt to become the first black South African to win a world title under the democratically elected government.

Bungu, trained by iconic Mzimasi Mnguni in Mdantsane – dethroned revered American Kennedy McKinney in front of 5,000 exhilarated fans inside a marquee that was erected next to the Carousel Resort in Hammanskraal on August 20 in 1994.

That fight – staged by Golden Gloves of Rodney Berman and Cedric Kushner – was named 1994 Ring Magazine Upset of the Year. Bungu defended that title 13 times before relinquishing it in 2000. That record is yet to be broken.

Bungu’s big win against the 1998 Summer Olympics gold medallist was the first IBF fight to take place in these shores and he was the first black world champion under the democratically elected government.

Boxing SA chairperson Luthando Jack said he fully supported the suggestion. “What our sisters, wives, mothers and grandmothers did in 1956 can't compare to anything and that is why it is in the national calendar as part of our heritage,” he said.

“Boxing must reclaim itself as an important sport in the country and that is why we have embarked on a number of projects in that regard, so that the sport celebrates its own.

“We have approached the department of sport towards working on reclaiming boxing heritage and have it recognised. We also want to work together with the National Heritage Council to forge ways of making sure that boxing be at the centre of celebrations. The sport has got to celebrate living legends like Vuyani Bungu when they are still alive.”

Expat former world boxing champion Lovemore Ndou, who now lives in Australia, is focused on contributing to rebuilding the country after the recent ...
Sport
4 months ago

Moruti Mthalane may have taken heavy punches on his head during his 20 years as a professional boxer, but the 39-year-old ring veteran is still very ...
Sport
4 months ago

The untimely passing of Lehlohonolo Ledwaba has sent shock waves throughout the country and beyond. Yet again the boxing fraternity lost another icon ...
Sport
4 months ago
Next Article