Gabisile warned that comeback bid will falter on August 15 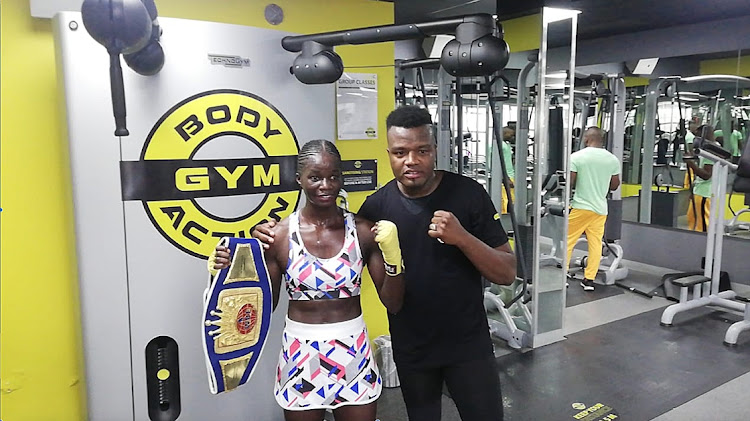 Ellen “Tigress” Simwaka and her trainer Junior Assoya have fired back at trainer Elias Meopbe who warned last week that his charge Gabisile “Simply the Best” Tshabalala will use Simwaka as a stepping stone on her journey to redemption when they meet at Booysens Hall on August 15.

Mpembe hit a nerve when he said: “We will use Ellen as a stepping stone and remind the boxing family about who really is simply the best in boxing.”

Tshabalala will be making a comeback after losing two fights in a row  in 2019.

Simwaka, from Malawi, fired back: “I have beaten most SA women who are regarded as being best and I will do that to Gabisile.” She boasts a stoppage win over Smangele Hadebe when they fought for the WBF International bantamweight title in 2018.

They were meeting for the second time. Their first fight was a draw. “I like what they said about war because that is what I am bringing to them,” said Simwaka, who pulverised Miller into submission within the distance in Soweto in October last year.

“I am ready. I have been [working] hard in [the] gym preparing for the Commonwealth title fight in the UK in October. I want to thank the Gauteng Boxing Promoters Association for the opportunity to fight and beat Gabisile. I was supposed to have fought her in 2018 but I turned that offer down because I wanted to rest after having fought three fights consecutively. Gabisile is tough but I believe I am gonna overcome her.”

Assoya,who hones Simwaka’s skills at Body Action Gym in Bedfordview, said: “Simwaka has already proven herself here and whoever doubts her ability will see what she can do next month. I don’t see Gabisile going beyond four rounds; we are going in for a kill.”

Hadebe, from Springs, the Boxing SA female prospect of the year award winner in 2017 and 2018, will welcome KwaZulu-Natal's Thema Zuma in a non-title fight. It’s a grudge fight between these tiny fighters whose first fight in Pretoria two years ago was won by Hadebe via the short route.

Trainer Elias Mpembe has warned Ellen “Tigress” Simwaka to prepare herself for war of attrition against his charge – former SA and WBF junior ...
Sport
3 months ago

With Women’s Month on the horizon, Gauteng Boxing Promoters Association (GBPA) has made sure that it keeps female boxers working in the ring and has ...
Sport
4 months ago
Next Article