Fight must be in SA for boxer to contest 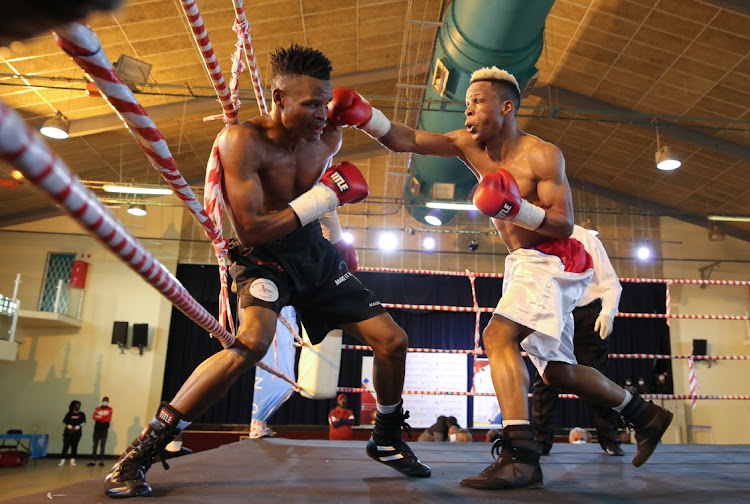 Boxing promoters in East London must show true spirit of camaraderie and raise their hands in solidarity with newly crowned WBF Intercontinental bantamweight champion Luzuko “Yellow Cobra” Siyo. The Duncan Village-based boxer is in favourable position to challenge for the actual WBF title which is vacant.

Cape Town-based WBF president Howard Goldberg has committed to making sure that the title is available for Siyo. This come after Siyo’s 10th-round stoppage of Sanele Magwaza for that organisation’s Intercontinental title at Nangoza Jebe Hall in Gheberha on Sunday.

“I want Siyo to fight for the vacant title. I spoke to my vice president in Denmark about that title and he said there is a promoter in Mexico who wants to stage it,” said Goldberg yesterday. “The sad thing is that if that promoter stages it, he will not fly in Siyo to Mexico because of Covid-19. I made it clear to my vice president that if there is a promoter here in South Africa who has an interest in staging that fight I will make sure that I give him first preference.

“Look, there are credible opponents here and also in other African states who can be sanctioned to oppose Siyo for the vacant title and give fans a very good fight. So, regarding your question of how will we help Siyo going forward, the truth is it is up to promoters. My door is open and I have always made sure that I look after my countrymen and women before thinking about the rest.”

Siyo, a former SA and IBO Intercontinental junior bantamweight holder, does not have a promoter dedicated to him. The fight on Sunday was staged by Nyuswa Promotions of Mbulelo Mfama, who was given the opportunity to stage it by the Nelson Mandela Bay Promoters Association.

Siyo had last fought in 2019. He paid tribute to his employers for being understanding towards his situation of taking days off to prepare.

“There has been postponements that somehow made me look like I don’t take my work seriously. I am not even permanent, but they stood by me and here are the results,” said the jubilant 31-year-old champion.

“To my big shock, when I arrived at work they organised me a surprise celebratory welcome. I am grateful for their support,” said the boxer who is trained by Ben Mtyaliselo at Amanda Magatsha's gym in Mdantsane, Eastern Cape.

In the main supporting bout on Sunday, Noxolo Makhanavu of Gheberha, regained the SA junior lightweight belt on points after 10 rounds against Capetonian Ntombokuqala Tolashe. Thembani Okolo retained his WBF Africa mini flyweight belt via a ninth-round stoppage of Phumlani Maloni of Grahamstown.

The three-year, multimillion-rand commitment by the Nelson Mandela Bay (NMB) municipality in Gqeberha to the local promoters association in the ...
Sport
5 months ago

The boxing family was yesterday left befuddled after the death of promoter Andre Thysse, who was an unshakable force in the fight against what he ...
Sport
5 months ago

Boxing SA 2017 female ring official of the year award winner Pumeza Zinakile says she misses Muditambi Ravele who did wonders during her three-year ...
Sport
5 months ago

Expat former world boxing champion Lovemore Ndou, who now lives in Australia, is focused on contributing to rebuilding the country after the recent ...
Sport
6 months ago
Next Article