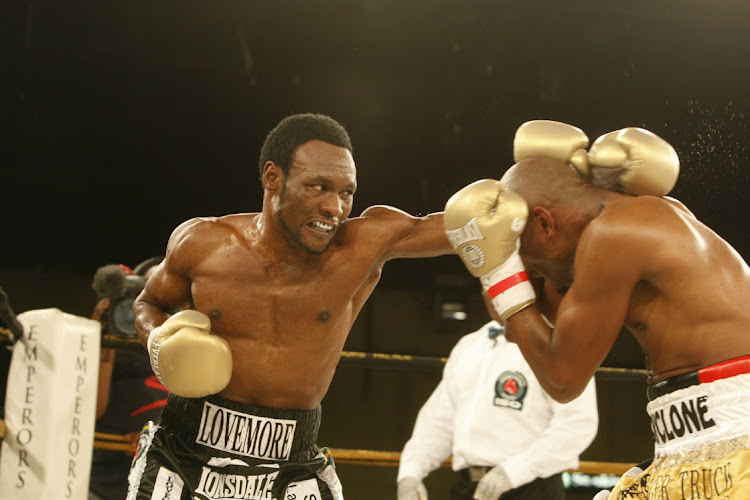 Lovemore Ndou, who was born in SA but is now based in Australia, has reached out to his fellow sportsmen to assist in rebuilding the country in the aftermath caused by protest actions. File photo.
Image: Antonio Muchave

Expat former world boxing champion Lovemore Ndou, who now lives in Australia, is focused on contributing to rebuilding the country after the recent unrest in Gauteng and KwaZulu-Natal.

He intends to have exhibition fights to raise money for the country. “I will approach Anthony Mundine and Floyd Mayweather this week because they are philanthropists,” Musina-born Ndou said yesterday. “I want to do this for a good cause.”

Ndou, who has just launched  his autobiography, titled Tough Love, in SA, says he talks with his publisher to donate a percentage of the proceeds towards the revival of the SA economy.

“The money will go towards assisting all the businesspeople who lost their businesses during the looting,” said Ndou. “And in return, this will allow those who lost their jobs to regain them. In addition, I intend to participate in a number of boxing exhibitions or even real fights to raise money towards this good cause. I already have a promoter in Australia who is willing to make this happen. I am prepared to put my health at risk and to travel anywhere around the world to fight anyone to save my country of birth.”

“Mundine is well known for his humanitarian work and standing up for indigenous people in Australia and I respect the man for that,” said Ndou.

“I would say that is one thing we have in common. I play my part by providing pro bono legal services to indigenous people in Australia. An exhibition against Mundine could generate a lot of money. I will make it clear to Mundine that he can keep whatever he makes out of it, or donate to a charity of his choice, including South Africa.”

Ndou enjoys a cordial relationship with Mayweather, who he helped with sparring years ago.

“Floyd is about making money. I will make it clear to him that he can keep his money if he wants to. Mayweather travelled to South Africa a few years ago and he was treated like royalty. It is now time for him to return the favour. I will have my team reach out to his manager Al Haymon and see if we can put this fight/exhibition together.”

Capturing the ABU welterweight belt last year plus consistently winning fights has put Thulani Mbenge on the verge of being considered for a shot at ...
Sport
1 year ago

Moruti Mthalane may have taken heavy punches on his head during his 20 years as a professional boxer, but the 39-year-old ring veteran is still very ...
Sport
1 year ago

Tian Fick must enjoy his reign as the SA heavyweight champion while it lasts because Wilhelm “The Dragon” Nebe is unnoticeably causing havoc in that ...
Sport
1 year ago
Next Article