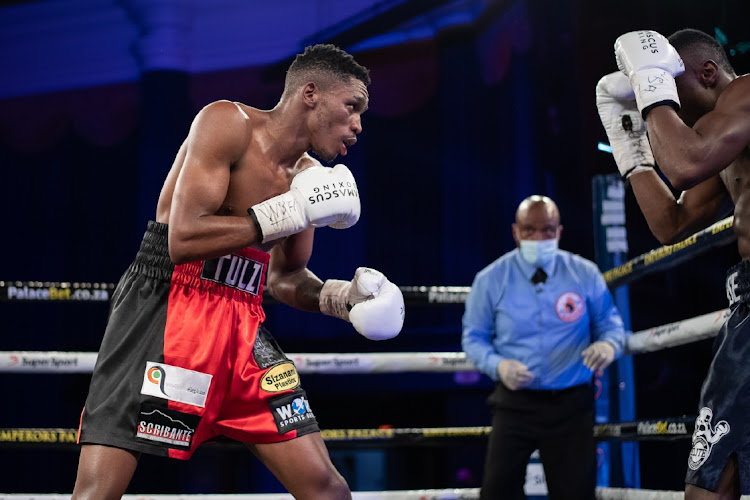 Thulani Mbenge during the Generation Next boxing tournament at Emperors Palace in Johannesubrg.
Image: James B Gradidge

Capturing the ABU welterweight belt last year plus consistently winning fights has put Thulani Mbenge on the verge of being considered for a shot at the WBC title that will be at stake when holder Errol Spence jnr defends it against Manny Pacquaio next month.

The WBC has rewarded Mbenge with the No 11 rating in the welterweight division. This comes after Mbenge reclaimed the SA title and added the WBA Pan African belt to his accolades.

Mbenge is following the upcoming WBC and IBF fight between American champion Spence and No 1 contender Pacquaio with great interest because its outcome will affect the ratings.

Mbenge is the only African in the top 40 list of contenders for the belt Spence will put on the line against the man who remains the only eight-division world champion in the history of boxing.

Mbenge backs Spence to reign supreme against the Filipino senator. “I am giving it to Spence because he’s bigger in terms of size than Manny and he also has power,” said Mbenge.

“I believe that Spence is gonna hurt Manny a lot. Power can play a very big role in a fight. You saw in my fight against Jabulani Makhense, I was able to upset his rhythm and I hurt him. That is what power does.”

He began his career in the flyweight class where he won the WBC title. His second world belt was the IBF junior-featherweight strap he won from Lehlohonolo “Hands of Stone” Ledwaba in 2001.

Spence, 31, from Long Island in New York, is undefeated in 27 fights with 21 knockouts. The 2012 Olympian is described as a smart and crafty athlete and his prowess has been recognised by Pacquiao, who described Spence as a better fighter than Floyd Mayweather jnr. The fight will take place at T-Mobil Arena in Las Vegas on August 21.

Moruti Mthalane may have taken heavy punches on his head during his 20 years as a professional boxer, but the 39-year-old ring veteran is still very ...
Sport
1 year ago

Tian Fick must enjoy his reign as the SA heavyweight champion while it lasts because Wilhelm “The Dragon” Nebe is unnoticeably causing havoc in that ...
Sport
1 year ago

The untimely passing of Lehlohonolo Ledwaba has sent shock waves throughout the country and beyond. Yet again the boxing fraternity lost another icon ...
Sport
1 year ago