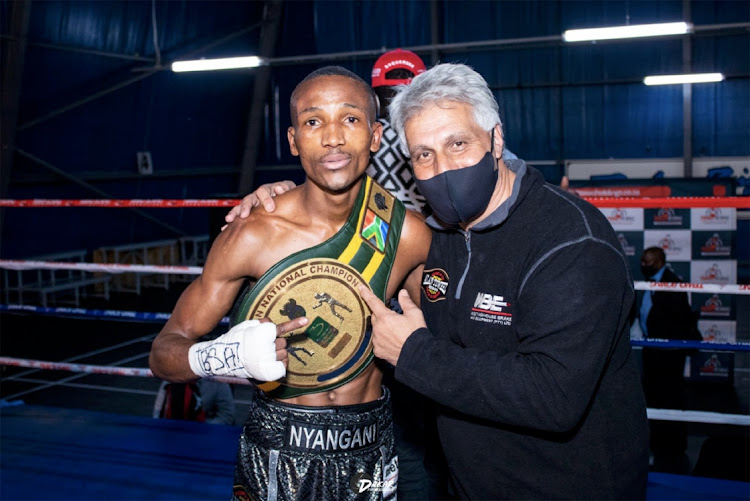 “Kuse has some demons,” a source said. “He just began doing all the right things last year and it is unclear if being unable to defend his title last year due to the scarcity of fights after the sport had been stopped temporarily took its toll on him.

"The boy ended up drinking alcohol and did other things. There was also issues in their gym with their trainer Luyanda Sovasi leaving the gym. Basically, Kuse was just not in the right frame of mind to fight. Yes, he had stopped doing all those things, but still it was too early for him to get back into the ring. He ended up joining trainer Spokes Witbooi, who had only three weeks with the boy. Look, Bangile deserves all the credit for his performance and we are all happy for him.”

The source added: “Sovasi had opened a new gym. It is unclear if he will take back Kuse because it was Sovasi who started with him from scratch and helped him to win the SA title in his only fourth professional fight in 2019. If truth be told, a lot of boxers were hit hard both mentally and financially by the hard lockdown. I mean, even when the sport resumed late last year until now only a few boxers have been lucky to get fights. That is why many boxers were unable to renew their licenses.”

The fight – which was Kuse’s sixth – headlined Tewo Promotion's bill at Hutting Hall in East London on Saturday. Nyangani – who failed in his first attempt to win the national title in 2017 against then champ Siphamandla Baleni – won the title by a majority points decision. Two judges scored the fight in favor of Bangile while their colleague declared it a draw. It was Nyangani’s 11th win against a loss and a draw while Kuse suffered his second defeat.

Toweel said: “Bangile put up a boxing exhibition second to none. I am over the moon; he worked so hard for his win and finally got the SA title. I am so proud of him. They never expected to Bangile to fight the way he did; they assessed him based on the fight in 2017. I was totally shocked by the scorecard of 114-114 but we’ve got to accept."

Moruti Mthalane may have taken heavy punches on his head during his 20 years as a professional boxer, but the 39-year-old ring veteran is still very ...
Sport
1 week ago

Tian Fick must enjoy his reign as the SA heavyweight champion while it lasts because Wilhelm “The Dragon” Nebe is unnoticeably causing havoc in that ...
Sport
2 weeks ago

After being mocked as a chancer when his boxers bolted his stable, which operated out of a classroom at the old Lumko High School in Duncan Village, ...
Sport
3 weeks ago
Next Article