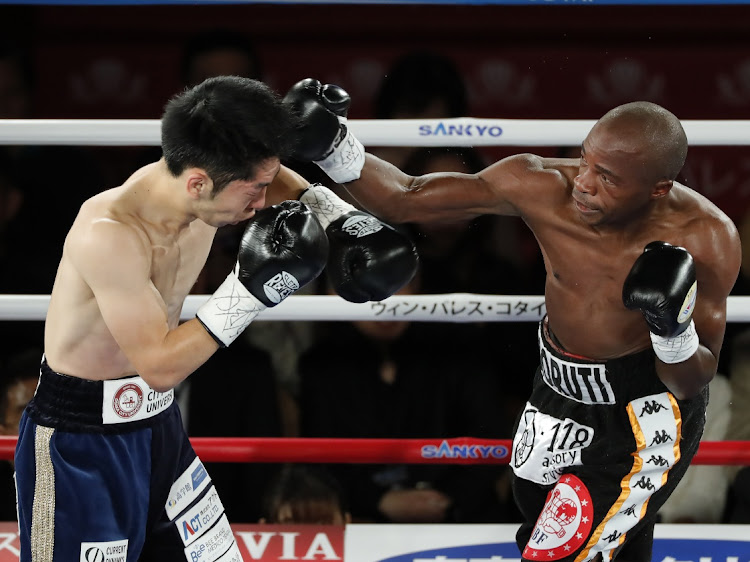 Moruti Mthalane may have taken heavy punches on his head during his 20 years as a professional boxer, but the 39-year-old ring veteran is still very sharp.

This was evident during an interview yesterday when asked about the significance on July 15 – today – in his life in 2018. “I was in Malaysia where I won the IBF [flyweight] title for the second time (against Muhammad Waseem),” he recalled.

It is reported that too much punishment results in boxers suffering from punch drunkenness, which is described as suffering from brain injury from repeated blows to the head.

“I will never forget that date because it was the most exciting day in my life as a boxer,” said the former SA, WBC International and IBO holder who has boxed 20 years in one weight division. “A lot of people here had already written me off. It was a difficult fight; Muhammad was fully prepared to win; I wanted to win at all costs, so that made it a tough fight.

“My brain is still functioning well. Boxing is a dangerous sport where the head gets hit very hard. I did brain scan before my last fight in April and my medicals came out clean.”

Mthalane lost the IBF belt on April 30 to Sunny Edwards in the UK. “I am still in the game but only if I get big offers,” he said. “But if not I will quit.”

The diminutive fighter from Lindelani in Durban has in total won 36 fights, with 26 knockouts against three losses. His first loss was against Nkqubela Gwazela in a punishing fight for the SA title in 2004, with the second in 2008 against then IBF champion Nonito Donaire.

Mthalane eventually won that title in 2009 and defended it successfully four times before being stripped for refusing to make a mandatory defense for what his then trainer Nick Durandt described as a paltry purse money.

Mthalane won the IBO belt in 2014. He spent 2015 idling without action until promoter Tshele Kometsi brought him back in 2017 to defend successfully against Genesis Libranza from the Philippines.

Tian Fick must enjoy his reign as the SA heavyweight champion while it lasts because Wilhelm “The Dragon” Nebe is unnoticeably causing havoc in that ...
Sport
1 year ago

The untimely passing of Lehlohonolo Ledwaba has sent shock waves throughout the country and beyond. Yet again the boxing fraternity lost another icon ...
Sport
1 year ago

After being mocked as a chancer when his boxers bolted his stable, which operated out of a classroom at the old Lumko High School in Duncan Village, ...
Sport
1 year ago
Next Article