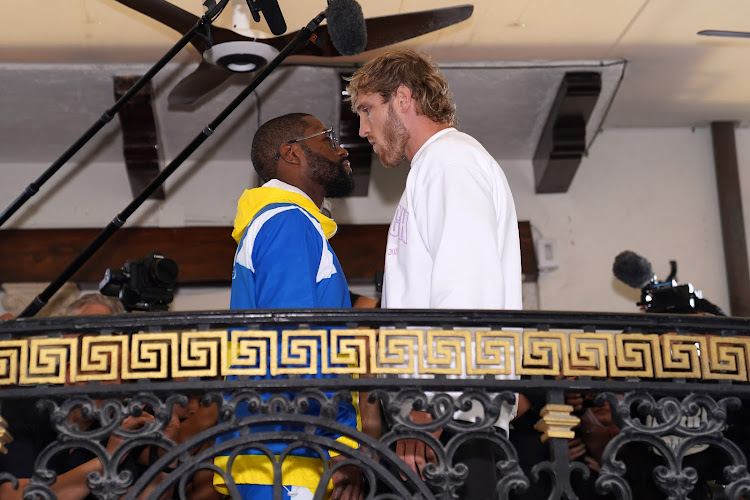 Floyd Mayweather will give up nearly 35 pounds (16 kg) to YouTube personality Logan Paul when they step into the ring for their exhibition fight at Hard Rock Stadium in Miami on Sunday but that is the only thing the undefeated five weight division champion is conceding.

If there was a surprise, it was that the often outrageous Paul played the weigh-in straight, no doubt disappointing many of his 20 million-plus YouTube followers.

Paul, whose ring record stands at 0-1 after losing an exhibition fight to a fellow YouTube personality, took only one shot at the unbeaten Mayweather (50-0) during a tame weigh-in and even that was a glancing blow that the champ laughed off.

"He's not ready, he don't know what to expect," declared Paul.

"The fact I am even up here proves this is a simulation, none of it is real, the aliens are coming in June ... just be ready ... tomorrow I bring the simulation and beat the greatest boxer in the history of planet."

Paul may label the eight-round bout a simulation but the interest and millions it is generating in ticket sales and pay-per-view buys are very real.

Even though there are no judges and no official winner, each fighter is set to pocket millions from the exhibition.

Mayweather, who is nicknamed "Money," said he expects to make north of $50m from the fight, which will not count against his unblemished professional record.

"I've been here before, I know what it takes, I've fought every different style you could possibly fight," said Mayweather sounding as serious as he could.

"Weight don't win fights, fighting wins fights ... at the end of the day and I can fight.

"One thing I can do I can fight. I've been at the top level for 25 years so I know what it takes."