Fresh from win, Golden Boy will fight for IBF title 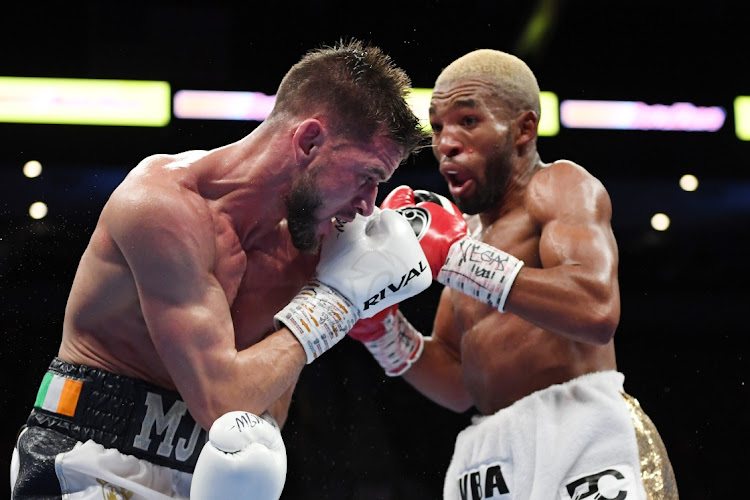 Azinga “Golden Boy” Fuzile needs no motivation going into the biggest fight of his boxing career when he faces the winner between Kenichi Ogawa and Shavkat Rakhimov for the vacant International Boxing Federation junior lightweight title because that title has South Africa written all over it.

It was first won by Brian Mitchell in 1991 when he dethroned Tony Lopez by a unanimous points decision in Sacramento, in the US. Mitchell did not defend it, but instead the former World Boxing Association holder quit the sport of boxing undefeated.

Mitchell then began managing fighters and his charge Cassius Baloyi brought it back in 2006 after defeating Manuel Medina within short distance in Spokane, in the US.

Baloyi – who also held the International Boxing Organisation strap – lost the IBF title in his first defence to Gary St Clair from Georgetown in Guyana when they fought at Emperors Palace in 2006. Four months later the title was back in SA. This after Malcolm Klassen outclassed St Clair at the same casino in Kempton Park.

Klassen’s joy was short-lived because Mzonke Fana dethroned him on points at OR Tambo Hall in Khayelitsha in 2007. Fana lost the title in his second defence against Baloyi at North West Sports Complex in 2008.

Now the time has come for that title to come back home and that task lies with Fuzile – the former SA, World Boxing Council Youth featherweight, IBF Continental and current IBF Intercontinental junior light holder – whose career is guided in Duncan Village by trainer Mzamo “Chief” Njekanye.

Fuzile made himself eligible to challenge for that title with a picture-perfect right hook to the jaw of Martin Joseph Ward in their elimination bout in Las Vegas on Sunday.

The Englishman – who was rated No 4, a spot above Fuzile before their fight, was rescued from complete destruction by corner men who aptly threw in the towel, stopping the fight in the seventh round. Ogawa and Rakhimov will meet in July and the triumphant victor will then oppose Fuzile for the vacant title.

Njekanye said: “The big guns have held this belt. We are not taking it lightly. It’s a baton of some sort. We are keen to give it back where it belongs; we will do whatever it takes to bring it here. Whoever wins between Ogawa and Rakhimov means nothing, but we wish for Rakhimov to win so that we settle the unfinished business but again it is only our wish."

The world has become an oyster for Azinga Fuzile.
Sport
1 year ago

Top boxing trainer Mzamo “Chief” Njekanye will finally fly out to the US tonight where his charge Azinga “Golden Boy” Fuzile will be involved in a ...
Sport
1 year ago

Expect to see the Azinga “Golden Boy” Fuzile that you all know when he takes on Martin Ward in an IBF junior-lightweight elimination fight at ...
Sport
1 year ago
Next Article