Manaka says boxer has attributes of a great fighter 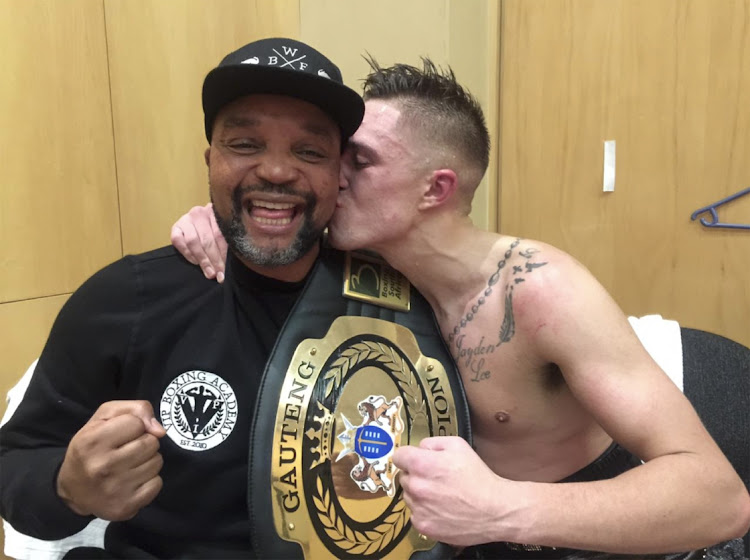 Having the desire to box is a small part of being successful but any aspirant fighter must have athletic ability, intelligence and the determination to turn that into fighting skill, says Harry Manaka.

The former professional boxer-turned trainer said his charge Layton Gloss has those characteristics. Gloss outsmarted Tumelo Matsane before pulverising him into submission in seven rounds to win the Gauteng bantamweight title at Sandton Convention Centre on Friday evening.

“They boy has all the characteristics that make a great boxer,” said Manaka yesterday.

"Dedication which goes hand in hand with hard work, discipline, listening skills and intelligence – over and above all he’s got support from his father (Leo, a former cage fighter and a professional boxer) and Deejay Kriel (cousin who is a former IBF world champ now based in the US).

“You can take all these things for granted but I am telling you they are key to any aspirant boxer to reach for the stars. I mean we teamed up not long ago after his loss to Ricardo Malajika, and we produced a stunning KO of Arnel Lubisi.

“Then Covid-19 came and everything just fell apart. We have just regrouped and actually not little time to prepare for the Gauteng title but we were able to win the title. That was purely because of the characteristics I mentioned earlier.”

“Imagine getting a call from Kenny. That alone says a lot in terms of support Layton gets. I mean this boy has great ambitions. Yes, he is still work in progress, but I believe with his attitude, ambitions and dedication he will reach his goals,” said Manaka.

”This boy goes to work in the morning, knocks off in the afternoon and still come to the gym. It must be hard for him but that is what I call ambition. If he is unable to come train in the afternoon, his father takes him for more road running.”

The world has become an oyster for Azinga Fuzile.
Sport
8 months ago