New 'listening' BSA board gets thumps up 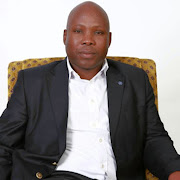 Boxing SA board has outdone all previous regimes by simply making time to meet-and-greet licensees and their actions last week delayed a planned march by disgruntled licensees to the sports ministry in Pretoria.

Licensees say they have been crying out for attention with no one listening to them. BSA chairman Luthando Jack requested a meeting to try and find each other.

The meet-and-greet session happened in Midrand last weekend. Jack had always said that they want to engage, listen and march forward together with licensees in a planned vigorous pursuit of renewing, expanding and transforming boxing.

Jack said: ‘We must work with the fraternity; bring it on board and march with them. They have got to understand and co-own the vision we have so that our role as the board must be that of catalyst as opposed to us being seen playing a dominant role in the affairs of boxing.”

Promoter Andre Thysse Thysse  – who attended the gathering – said: "This is the first time any board member sat down with licensees. Let's us give them a chance because it looks like they want to do something.

"What I really liked about Jack and his team is that they acknowledged that there are problems in boxing. I mean, there are situations where regulations don’t talk to the Act. This one says this and that one says the direct opposite and at end of the day we, as promoters, get confused as to what then do we do. That is why the board is working on amending the act. It was a wise move to exhaust our internal issues with the board so that if they fail us, we can legitimise strike action.”