Veteran administrator expects unification bout to be a tight contest 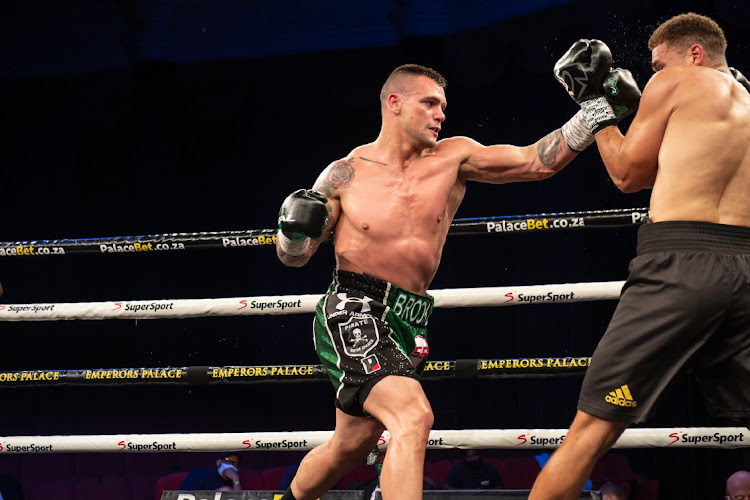 Veteran boxing administrator Stanley Christodoulou described the cruiserweight fight between Africa’s supremely built rising stars Kevin Lerena and Ryad Merhy, which will take place in Belgium on July 17, as a fight not to miss.

Lerena, 29, from Johannesburg, holds the IBO cruiserweight belt while 26-year-old Merhy, from Ivory Coast, is theWBA champion. Christodoulou feels this bout pits two of the continent’s hyped-up, capable and hungry fighters against each other.

Lerena is rated No 3 by the WBA, No 11 by the IBF and fifth by Ring Magazine. Lerena – who has held the IBO belt since 2017 with six successful defences – has won 26 of his 27 fights, with 13 knockouts, against a points loss to Johnny Muller.

Merhy, who is based in Belgium, is yet to convince the ratings committees of the WBC, IBF, WBO and Ring Magazine. He won 18 straight fights after turning pro in 2013 and later captured the WBA Interim title in his 30th fight in October 2019.

Merhy has 24 knockouts against a single stoppage loss in 2018. His status has been upgraded to that of a fully-fledged WBA champion. This means that the fight on July 17 will be a unification fight, where the winner takes all.

Christodoulou made his feelings known about the Lerena-Merhy fight during his interview with Brian Mitchell, who does live boxing commentary for SuperSport.

“It’s a tough but good fight. They both want it but Kevin deserves it. He has the ability to take it, he really has,” said Christodoulou. “He’s hungry and one  of the hyped fighters available but it will depend on the night of the fight.

"As you know, one punch can decide the fight. But this one is the most balanced fight I have seen on paper. I am being honest with you. I am simply saying don’t miss this one because it is one of those fights where you can spin the coin [to determine] who is gonna win, which makes it interesting.

“The advantage obviously goes to the local guy [Merhy] because he’s got that home advantage but Kevin has the ability to win. He’s fought abroad before, that did not affect him.”

Kevin Lerena‚ holder of the marginal IBO cruiserweight crown‚ will take on WBA world champion Ryad Merhy in a unification contest in Brussels on July ...
Sport
7 months ago

IBO cruiserweight boxing champion Kevin “Two Guns” Lerena, whose consistency has earned him recognition from the ratings committees of the WBC, WBA ...
Sport
1 year ago
Next Article