'I've done everything I wanted; it's time to say goodbye' 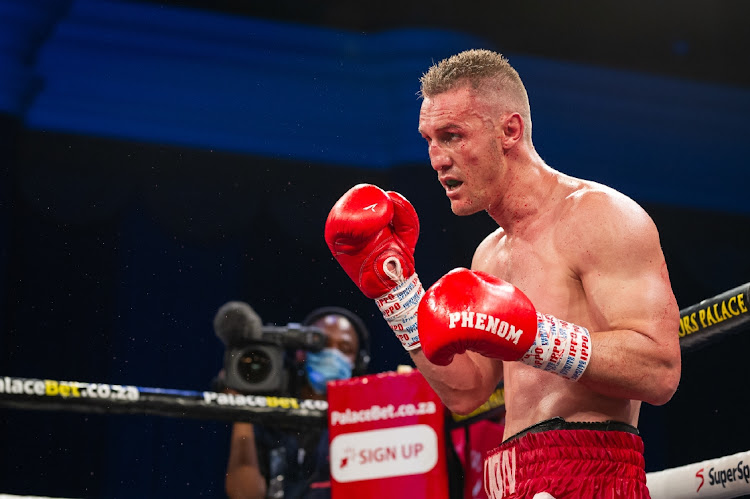 Ryno Liebenberg will bring down the curtain on a successful boxing career in Russia on June 4 when he faces Fedor Chudinov for the interim WBA title.

The rugged 37-year-old fighter from Krugersdorp, who is  affectionately known as “The Lion”, has held multiple international titles at light-heavyweight and super middleweight.

“Like I said before, I taught Rowan Campbell a boxing lesson, that fight was my last here at home and I will end my career with one international fight. This is the fight on June 4 that will be my last in boxing,” said Liebenberg, who dethroned Campbell as the SA, IBO All Africa and WBA Pan African champion with a bloody eighth-round stoppage at Emperors Palace on March 14.

“I made it clear to myself and my family, which has been behind me throughout my career, that I will retire after my last fight outside SA. I have done everything I wanted and it is time to say goodbye,” said the successful businessman.

“I am glad that I won my last fight here by beating Rowan. He knows who I am now.”

Campbell, 27, lived up to his nickname of “Braveheart" in that fight, and somehow his bravery turned out to be his downfall because the longer he lasted in the fight, the more punishment he absorbed. Campbell was down in round two and finished the fight with a bloody face. He also sustained two nasty cuts. Referee Tony Nyangiwe rightly stopped the one-sided brutality in round eight, handing Campbell a first defeat after 12 straight wins.

Liebenberg improved to 14 knockouts in 21 wins against seven losses and a draw. He has fought against big-name fighters including Johnny Muller, Thomas Oosthuizen, Dennis Grachev and Eleider Alvarez in a career spanning 11 years.

Liebenberg also announced that the beneficiaries of his purse money from the fight against Campbell were Soft and Safe Landing, which looks after abandoned and neglected children; Dempsey Foundation, which looks after children with cerebral palsy; Lewe Aan Binding Centre Church and Ebenhaeser Primary School.

South African boxers go through a battery of tests, like hepatitis B and HIV/Aids, and lately Covid-19, to demonstrate that their health is paramount ...
Sport
6 months ago

It is hard to miss the parallels in the death of SA’s top boxing trainer Nick “Mthakathi” Durandt and the rise of Colin “Nomakanjani” Nathan, who has ...
Sport
6 months ago

It’s 14 years this month since Isaac “The Angel” Hlatshwayo  – a rural boy from Shisasi Village in Malamulele – confirmed his greatness as a pugilist ...
Sport
6 months ago
Next Article