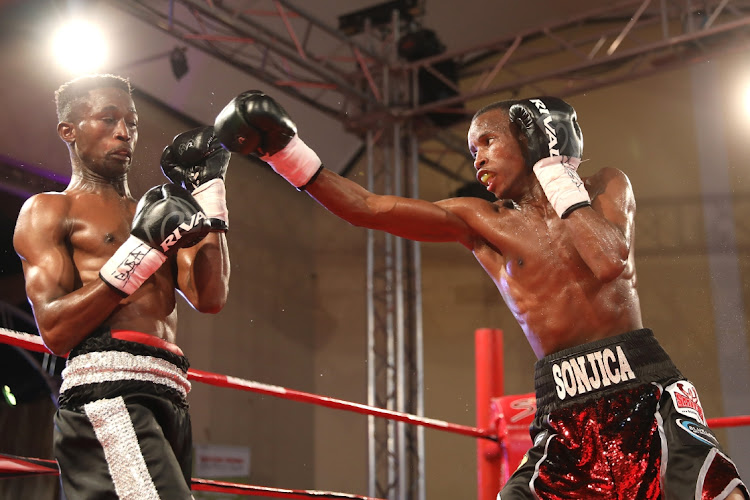 SA junior featherweight boxing champion Ayabonga "Jay Jay” Sonjica can become the finest fighter in SA if promoters give him opportunities to test himself against the best.

At 29,  this former Olympian – who has fought nine times since turning professional in 2017 – will face Ghanaian Theophilus Tetteh in an IBF Continental Africa title fight at Boardwalk Casino in Gqeberha on Saturday. He is promoted by Rumble Africa – the East London-based outfit of Thembaletu Ntutu.

Sonjica, from Duncan Village near East London  who is based in Johannesburg under trainer Sean Smith, just needs that break for his career to flourish. Sonjica must use Tetteh on Saturday to send a strong message to Ntutu and company that he deserves better than the IBF Continental Africa title.

Tette also fought his first professional fight in 2017. In that year alone, he fought 10 times, registering nine stoppages against a loss. The fight on Saturday will be Tetteh’ s second this year, having pulverised Mustapha Appiah into submission within the distance on March 6. Tette, 25, has knocked out 12 of his 14 victims.

Right now SA has only five contenders for the national title which Sonjica won in September 2019. Thato Bonokonae – who is rated at No 1 – needs to redeem himself after being stopped in the 10th round by Arsor Vikhodov in Russia in February before challenging Sonjica, while No 2 contender Mantengu has not shown any interest at regaining the belt he had won from Bonokona on June 19.

This has left Sonjica idling. The champion’s power and inbred instinct has defined him as a boxer with an immense future. Having turned pro in 2017 after a representing  SAin 2014 Commonwealth Games in Melbourne and Summer Olympics, Sonjica should by now be far. He is the younger brother to former SA and IBO junior featherweight and WBC Silver featherweight holder Thabo Sonjica.

Meanwhile, former SA junior lightweight female champion Nozipho Bell returns into action after a year of inactivity – due to effects of Covid-19 – against Asandidswa Nxokwana.

Bell, who failed in her attempt to win the  IBO belt in 2019, is a former SA and WBF titlist. Nxokwana is no push-over. She has held both the SA and WBF International featherweight belts. Their fight will be over six rounds.

Expect to see the Azinga “Golden Boy” Fuzile that you all know when he takes on Martin Ward in an IBF junior-lightweight elimination fight at ...
Sport
3 weeks ago

Moruti Mthalane has been hit hard, very hard to be precise, in his boxing career, spanning 21 years. But despite having absorbed power punches, the ...
Sport
3 weeks ago
Next Article